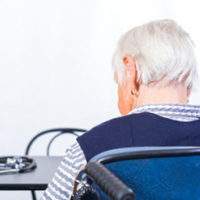 It’s been almost one year since 12 people died at a Hollywood nursing home after the facility failed to provide air conditioning. Even after new laws have been put into place, most facilities have failed to comply with the new requirements.

Florida Representative Bob Cortes served on the Hurricane Response Subcommittee and reported that most nursing homes had complied by June 1. However, studies completed by Florida’s Agency for Health Care Administration reported that only 170 of nearly 700 nursing homes in the Sunshine State have the backup generators the new law requires.

The deaths reported at the Florida nursing home happened just days after Hurricane Irma wreaked havoc. Their deaths, however, weren’t caused by high winds, flooding, or a building collapse. Instead, they were caused when temperatures soared in patient rooms after the transformer powering the cooling system failed.

The calls from the Rehabilitation Center at Hollywood Hills began during early the morning of September 13. A patient had gone into cardiac arrest. Within two hours, two more calls had come in. Finally, the hospital staff at Memorial Regional Hospital decided to check on the facility.

The temperatures in the rooms were like an oven. Some patients had temperatures of almost 106 degrees. Three patients were already deceased with 40 others having breathing issues. Four patients died soon after being taken to the hospital. In total, nine patients died as a result of the power outage.

After the incident, Governor Rick Scott vowed to keep further incidents from happening. He called the incident “inexcusable” and announced new rules regulating the use of generators in nursing facilities so that comfortable temperatures could be maintained for at least four days after power failed.

The state of Florida defines neglect as a caregiver failing to provide for or meet an individual’s basic needs for things such as clothing, food, hygiene, shelter, and medical care. Failure to meet these needs puts a person in risk of illness, infection, compromised safety, and deterioration. Neglect is typically associated with caregivers, but can also be caused by the individual themselves. Self-neglect results when a person is unwilling or unable to maintain or provide for themselves.

Facilities have a duty to ensure that all of their residents are provided with appropriate care, including taking certain steps to provide for individuals who cannot care for themselves. This care includes making sure that they have adequate food for their nutritional needs, providing appropriate clothing, and a safe environment.

Providing a safe environment includes a physical environment that is comfortable, functional, sanitary, and safe. Failing to provide this environment, like in the example above, can result in illness and even death.

Nursing Home Neglect Can Be Prevented

If you suspect that your loved one living in a long-term care facility is being neglected due to their environment or other factors, you need to seek the assistance of a nursing home neglect attorney. The Florida attorneys at Leifer Law Firm have decades of experience helping families protect their loved ones. Contact them today to schedule a consultation.