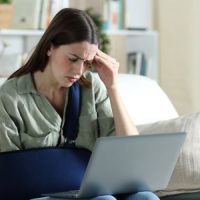 When you file a personal injury lawsuit against a defendant, their insurance company is often contractually obligated to “indemnify and defend” them against your claim. These are actually two separate duties. A duty to defend basically means the insurer has to pay for the costs of defending the claim itself, such as by paying for the defendant’s attorney. The duty to indemnify, in contrast, means the insurer is liable for paying out any final judgment or settlement in your favor.

Insurance companies, of course, are always eager to try and get out of having to defend against a personal injury claim. This is why insurance policies often contain multiple “exclusions” that absolve them of their duty to indemnify or defend. But sometimes this language is drafted in a way that still leaves them open to liability.

Take this recent decision from a federal judge in Florida, AIX Specialty Insurance Company v. Everett. This dispute arose from an ongoing personal injury case in Florida state court. The plaintiff in the state lawsuit was shot while lawfully on the premises of a liquor store. She subsequently filed a premises liability lawsuit against the liquor store owner, in effect alleging its negligent security led to her being shot.

The liquor store held a commercial general liability (CGL) policy with AIX Specialty Insurance. The policy included a duty to indemnify and defend the liquor store against bodily injury claims. AIX, however, filed a separate lawsuit in federal court, seeking a declaration that these duties did not apply due to a “Firearms Exclusion” in the CGL policy.

This Exclusion stated that AIX was not responsible for providing any coverage, including defense or indemnification, for “any injury, death, claims, or actions occasioned directly or indirectly or as an incident to the discharge of firearms by person or persons on or about the insured premises.”

Both the plaintiff and the liquor store argued that this exclusion did not apply to the facts alleged in the state lawsuit. The Exclusion states that it applied to incidents involving the “discharge of firearms.” That is to say, the policy refers to the discharge of multiple weapons by one or more individuals. But in this case, the plaintiff alleged she was injured by the use of a single weapon. Indeed, she only sustained a single gunshot wound in the attack.

While this might sound like a hyper-technical distinction, the judge agreed. An insurance policy is a contract that must be “strictly construed” according to its plain language. Any ambiguity must be resolved in favor of the insured, in this case the liquor store. At the very least, the judge said the plaintiff’s complaint alleged facts that “create potential coverage under the policy,” which was enough to trigger the duty to defend. The judge reserved judgment on the duty to indemnify, however, until the plaintiff’s underlying state lawsuit was resolved.

Even when you have an airtight case for holding a party liable for an injury or accident, you may still find yourself wrestling with the other side’s insurance company in court. This is where working with an experienced Deerfield Beach premises liability lawyer can prove invaluable. If you have been harmed on someone else’s property and need representation, contact the Leifer Law Firm to schedule a free consultation today.