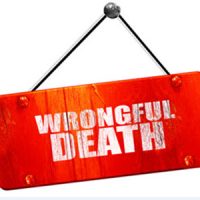 On June 12, 2016, a man walked into Pulse, a gay nightclub in Orlando, and opened fire with an automatic rifle and a semi-automatic pistol. The killer managed to take 49 lives while injuring 53 others who survived. When confronted by police, the killer claimed he was an “Islamic soldier” loyal to the Islamic State of Iraq and Syria (ISIS).

The killer was eventually shot and killed himself by the police. ISIS–an international terrorist organization–later claimed “responsibility” for the attack.

The victims and their families later took legal action–not against the deceased killer or ISIS, but against three of the country’s most popular social networking companies: Twitter, Facebook, and Google. The crux of the lawsuit alleged the social media defendants allowed ISIS to use their respective platforms to carry out its terrorist attacks, and specifically the Pulse nightclub massacre. Indeed, the lawsuit cited claims by a former FBI director that Twitter, Facebook, and YouTube (a Google subsidiary) had been used by ISIS to “inspire small-scale individual attacks” and effectively “crowdsource terrorism.”

The lawsuit itself cited both federal and state law. With respect to the former, the victims alleged the social media defendants were liable under the federal Anti-Terrorism Act (ATA). As for state law, the plaintiffs argued the defendants’ actions qualified as intentional infliction of emotional distress, a recognized personal injury claim in Florida.

A federal judge ultimately dismissed the lawsuit. The U.S. 11th Circuit Court of Appeals recently issued an opinion upholding the trial judge’s ruling. On the federal issue, the Court said the ATA did not apply to this case. And the plaintiffs had effectively “abandoned” their state-law emotional distress claim on appeal.

The appellate court explained the ATA permitted civil lawsuits against any person who aided and abetted an act of international terrorism. The problem here, the Court said, was that the Pulse massacre did not meet the statutory definition of “international terrorism.” The killer was himself a Florida resident who committed the massacre in Florida. The ATA specifies the terrorist act must “occur primarily outside the territorial jurisdiction of the United States, or transcend national boundaries.”

Clearly, the Court said the Pulse massacre did not meet the first requirement. Nor did it meet the second. Even assuming ISIS itself played some role in the attack, the 11th Circuit said that was not enough to conclude the act itself transcended national boundaries. By all accounts, the killer was “self-radicalized on the Internet while living in Florida and came to identify with ISIS.” And even if the Internet–specifically, the social media defendants–played a role in that self-radicalization, the Court said that these services were not the “means by which the Pulse massacre was accomplished.”

After a traumatic event that results in serious injury and loss of life, the victims and their families understandably want to hold someone legally responsible. Your best course of action in these situations is to consult with an experienced Boca Raton wrongful death attorney who can review your case and advise you of your options. Contact Leifer & Ramirez today to schedule a free consultation with a member of our team.