Avoiding the Risks of the Rush Hour Commute 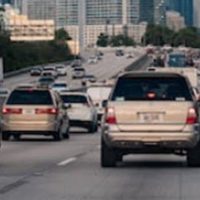 At the end of the workday, most of us can’t wait to escape our respective workplaces no matter how much we may love our jobs. Therefore, it is no surprise to anyone who lives and works in this area that the roadways here in the South Florida area crowd with even more traffic than usual between 4 and 7 p.m. on weekdays. While most of us probably dread driving during this time because we are battling hordes of other drivers who are eager to get home after work, the reality is that this is actually a dangerous time to drive due to these crowded roadways.

How Dangerous is Driving During Rush Hour?

Unfortunately, statistics indicate that rush hour commuting equates to a dangerous driving situation. In fact, the results of one study indicated that rush hour is in fact the deadliest time period of the day. Between 4 p.m. to 6:59 p.m., there were a reported 6,201 crash-related fatalities, more than during any other time. Unsurprisingly, the afternoon rush hour time period is more dangerous than the morning commute. Rush hour fatalities are reportedly 85 percent higher than the 3,345 deaths that occurred during the morning commute which is in fact the time period with the lowest number of fatalities.

Why is Rush Hour Driving So Dangerous?

What Are Safety Tips for Driving During Rush Hour?

While every accident can’t be avoided, there are actions you can undertake to help you make it home safely during rush hour. This includes:

Whether you or someone you love has been injured during rush hour or at some other time, we may be able to help. As the Florida car accident attorneys of Leifer Law Firm, we are experienced in helping the victims of others’ negligence recover deserved compensation for injuries, including medical expenses, lost wages, and pain and suffering. Contact us today to connect with one of our professional team members and begin with a complimentary review of your case.

By Leifer Law Firm | Posted on February 10, 2020
« Avoiding Accidents on Road Trips in Florida
The Importance of Witness Statements »