Am I Liable if Someone Else Crashes My Car? 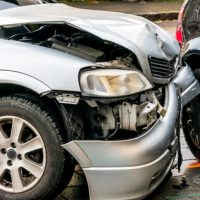 Bizarrely, Local 10 News recently asserted that a man claims a South Florida BMW dealership wrecked his car while it was being serviced. Even more bizarrely, the evidence uncovered in a preliminary investigation by the news outlet indicates that the man is right. After experiencing multiple issues with his new BMW M4 convertible within months of purchasing the car, the man brought it in for service. When he hadn’t heard from anyone a week later, he showed up to the dealership to be told that the car had been involved in a “little incident”. In reality, the car had been involved in a major accident while being driven by someone who reportedly worked at the dealership, with the crash report indicating that the man’s car rear-ended another car and caused a chain reaction crash. Local 10 uncovered that the employee has a suspended driver’s license along with a history of tickets and traffic violations. Meanwhile, the car owner has found out that someone also filed a claim on his insurance and unauthorized repairs have been done to his car.

You may be wondering why an insurance claim was filed against the driver in the account outlined above. Here in the Sunshine State, you can be liable for a car accident even if you are a million miles away at the time of the crash. This is because of a legal concept called the Dangerous Instrumentality Doctrine which stipulates that the owner of an inherently dangerous tool is liable for any injuries caused by that tool. This doctrine was extended to motor vehicles by the Florida Supreme Court in 1920 which means car owners may be held accountable for any damages suffered by third parties as the result of the negligent operation of their vehicles when they are driven by someone else with the voluntary consent of the owner.

Your Liability Depends on Whether You Gave Consent

The key question when it comes to the Dangerous Instrumentality Doctrine is whether the owner of the vehicle had actually given permission for the person who caused the collision to use the vehicle at the time of the crash. If a friend asks to borrow your car so that they can run an errand and you agree and he or she causes a collision, you’re likely to be liable. On the other hand, if you go out of town and a roommate takes your keys without your knowledge and causes an accident, you could probably show there was no permission granted and the vehicle was totally outside the scope of your control. Similarly, if your car is stolen before a crash, you are not liable because the car was being driven by someone who did not have your permission to drive it. The car owner in the news story outlined above will more than likely not be responsible for the negligent driving of the repair shop employee in the end.

If you are the victim of a crash that involves a negligent party driving a car he or she did not own or have rental rights to, you will likely need the help of an experienced legal team to help you determine who is legally liable for your damages. As the  South Florida car accident attorneys at Leifer Law Firm, we believe that if someone acts negligently or recklessly and that behavior leads to someone else being harmed, they should pay for the consequences. Our practice regularly seeks justice for those who have been injured due to the negligence of others and we welcome the opportunity to help you hold accountable the responsible parties and obtain the compensation you deserve. Contact us today to begin with a free consultation.

By Leifer Law Firm | Posted on December 2, 2020
« Been Injured? Get Medical and Legal Help to Aid Your Recovery
Liability When Passengers Get Hurt in a Florida Car Accident – and When They May be Liable Themselves »