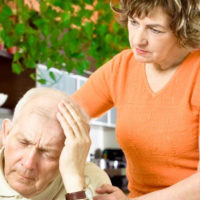 A wrongful death claim arises when someone is killed due to the actions or inactions of another person. The death can be either intentional or accidental, but most wrongful death suits occur because of an accident.

The purpose of this type of suit is to compensate the family members for the loss of their loved one. This includes compensation for lost wages, and any medical or funeral expenses.

It also includes compensation for the loss associated with losing a loved one. Although monetary compensation can never replace a loved one, this is the only form of compensation the court can really offer grieving family members.

Below are a few little-known facts about potential wrongful death cases.

In 2013, there were 130,557 people that were killed unintentionally. Although most people would assume that motor vehicle accidents were the leading cause of death, unintentional poisoning was actually rated number one.

In the United States, there are roughly 90,000 deaths due to medical malpractice every year. Roughly one in five medical errors will cause serious injury or death.

3. Leading Causes of Death in the United States

Accidents (unintentional injuries) are the fourth leading cause of death in the United States. Accidents follow only heart disease, cancer, and chronic lower respiratory diseases. It is also ranked fourth in Florida as well, with 8,736 deaths in 2013.

Birth defects can be caused by a number of factors, but dangerous drugs are often to blame. Poor prenatal care or advice may also contribute. Either of these causes could lead to a wrongful death claim.

Approximately 55% of all unintentional injury deaths for adults over age 65 were because of falls. Some of these falls could be the result of nursing home or elder care negligence, resulting in a wrongful death claim.

There were 30,208 fall deaths in 2013, and many of these could create premises liability issues. If the fall occurred on someone else’s property, then there could have been a lawsuit involved.

In 2013, there were 4,585 fatal work injuries. Fortunately, this is the second-lowest amount that the U.S. Bureau of Labor Statistics has recorded since it began tracking this information in 1992. It was also the lowest ratio based on total number of workers and total number of hours worked.

A large majority of the deaths that occurred were in the transportation and material moving occupations. Truck drivers make up a large portion of this occupation.

That means that even though significantly more people die at higher ages, those who do die young are much more likely to be the victim in a potential wrongful death suit.

If your loved one has been the victim of an unintentional death, then you may be able to assert a wrongful death claim. Contact Boca Raton wrongful death attorney at Leifer & Ramirez by calling 561-660-9421 or using the online contact us form on the right.

By Leifer & Ramirez | Posted on August 17, 2015
« How Does a Wrongful Death Claim Work?
3 Common Causes of Florida Boat Accidents »