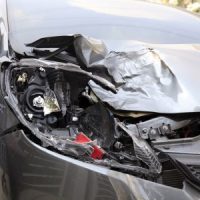 A defendant may seek to dismiss a personal injury case based on a lack of evidence of any legal damages. Such efforts are not always successful. For example, a federal judge here in Florida recently rejected the federal government’s effort to dismiss a lawsuit arising from a serious car accident.

The case, Huff v. United States, involved a collision between the victim and a vehicle operated by an employee of the United States Department of Agriculture. The victim was alert at the scene but was taken to a local hospital for treatment. She required several months of treatment.

The victim later filed a personal injury lawsuit under the Federal Tort Claims Act, which allows individuals to sue the federal government in federal court under state personal injury law. Unfortunately, the victim passed away while the case was pending, so her estate took over as the plaintiff. The estate sought damages for the victim’s past medical expenses, lost wages, and pain and suffering.

The government moved for summary judgment, arguing there was insufficient evidence to prove any of these damages. With respect to medical expenses, the government said these were all paid by the victim’s workers’ compensation carrier and thus any award of damages was barred by Florida law. The government further asserted the victim was not employed and thus suffered no lost wages. And there was no evidence to establish the victim’s “pain and suffering” before her death besides the testimony of an expert witness, whom the government argued was unqualified.

The judge overseeing the case rejected all of these arguments. On the question of medical damages, the court said the government misunderstood the law at issue, which is known as the “collateral source rule.” That rule states that once liability is admitted or determined by the trier of fact, the court must then reduce any damages to account for “collateral source” payments, such as insurance carriers, so the victim does not receive a “double windfall.” In this case, the judge noted, the government has not conceded liability and that issue has yet to be tried, so it was “premature” to invoke the rule.

Regarding the other two arguments, the judge found there was sufficient disputed evidence to send the case to trial. On the issue of non-economic damages, the court held the estate’s expert was qualified to offer testimony regarding the defendant’s pain and suffering.

Proving damages is often a more complex undertaking than establishing a defendant’s liability. That is why it is important to work with an experienced Boca Raton car accident lawyer when pursuing a personal injury claim. Contact Leifer & Ramirez today to schedule a free consultation.

By Leifer & Ramirez | Posted on July 15, 2022
« How Florida Personal Injury Settlements Can Still Lead To Litigation
What Is My Car Accident Claim Worth? »