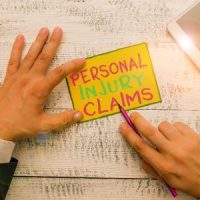 In any type of personal injury case, the burden is on the victim to prove their damages. With respect to economic damages, this can include providing expert testimony to help a jury calculate a plaintiff’s total economic losses arising from an accident. And if the plaintiff seeks punitive damages as well, they must show the defendant’s actions were not simply careless, but rose to a level of intentional or gross negligence.

Proving damages can be even more of an uphill climb when a well-funded corporate defendant is involved. Take this recent decision from the Florida Fifth District Court of Appeal, Magical Cruise Company Limited v. Martins. The plaintiff in this case worked as a dining room server on a Disney-owned cruise ship. While on shore leave in the Bahamas, she was hit by a car while crossing the street.

Seamen–i.e., people employed to work on U.S.-owned ships–are entitled to “maintenance and cure” benefits under a federal law called the Jones Act. These benefits function much the same way as workers’ compensation does for land-based workers. In other words, the Jones Act required Disney to pay certain “no-fault” medical benefits to the plaintiff since she was injured while in service of its vessel.

After Disney stopped paying maintenance and cure benefits, the plaintiff filed suit in a Florida court under the Jones Act. The case was tried before a jury. The jury returned with a verdict finding Disney 70 percent responsible for the plaintiff’s accident and awarded her $1 million in non-economic (pain and suffering) damages, $2 million in economic damages, and $1 million in punitive damages.

As for the award of economic damages, it was largely based on the testimony of a single expert witness called by the plaintiff at trial. The expert was a forensic economist who said he based his estimates of the plaintiff’s loss of future earning potential on information that he received from a vocational rehabilitation expert. But that second expert denied ever performing such an analysis and said she only provided limited information on the cost of the plaintiff’s future medical treatments. In the Fifth District’s view, this meant the damages expert’s testimony was not based on reliable data, and therefore his testimony should not have been heard by the jury. As such, the appellate court said Disney was entitled to a new trial solely on the issue of economic damages.

As you can see, proving damages is no easy task in a personal injury case, especially when the defense has the resources to aggressively appeal an unfavorable jury verdict. That is why it is crucial to work with an experienced Boca Raton personal injury lawyer who will zealously represent your interests. Contact the Leifer Law Firm today to schedule a free consultation.

By Leifer Law Firm | Posted on December 17, 2021
« Can An Insurer Deny My PIP Benefits Based On An Omission In My Insurance Application?
Who Is A “Necessary Party” To A Florida Wrongful Death Claim? »