What to Do as a Passenger After a Car Accident 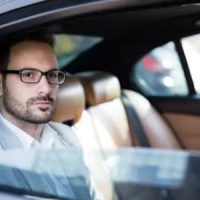 Driving is such a routine activity that we sometimes forget how dangerous it can really be. However, every so often we hear of a tragedy that reminds us that despite our own attempts to remain safe on the road, other drivers can make commuting from one destination to another dangerous and unpredictable. And as much as we all understand that one driver may be adversely affected by the negligence or recklessness of another driver while on the road, it is also important for passengers to understand that unfortunately, the risk of the road is also extended to them.

What Tragedy Involving a Passenger Was Recently Reported in the News?

Local 10 News recently reported that a woman was killed in a recent tragedy when a stolen car crashed and flipped onto the car she was a passenger in. According to statements made to news outlets, officers were reportedly following a stolen car on a recent Monday morning in unmarked cars as they plotted how to handle the situation. The stolen car then sped off and reportedly made contact with a patrol car before running a red light. That vehicle then proceeded to cause a crash that flipped it into the air and on top of another car, causing the passenger in the latter car to be fatally injured. Multiple other parties incurred injuries, including those inside the stolen vehicle as well as the male driver of the vehicle transporting the female passenger who was fatally injured.

What to Do as a Passenger After a Car Accident

If you are a passenger in a car accident, it can be a confusing and stressful situation, especially if you are suffering from significant injuries. An unfortunate reality is that despite your best efforts to protect yourself, such as by wearing a seat belt, you are really at the mercy of others’ actions when you are a passenger.

Therefore, it is also imperative that you understand that what you do immediately following an accident can have a significant impact on your ability to collect compensation for your injuries. If you are a passenger in a motor vehicle accident, ensure that you do the following:

Have You or a Loved One Been Injured in an Accident as a Passenger?

Determining exactly who the responsible parties are and who may be held liable in these circumstances can be especially complicated. As the South Florida car accident attorneys of Leifer Law Firm, we are dedicated to helping injury victims through the complex legal process of a personal injury lawsuit. We offer our experience and knowledge to support you in your best possible chance at pursuing a successful injury claim for the maximum compensation that you deserve. Contact us today to begin discussing how we can help.

By Leifer Law Firm | Posted on February 19, 2020
« Updates on a Tesla Tragedy and the Wide Variety of Product Liability Lawsuits
Oversharing on Social Media Can Damage Your Personal Injury Claim »