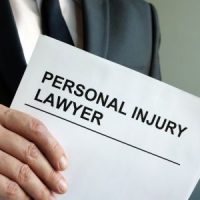 Appeals Court: Driver’s Regular Access to Stepfather’s Porsche Meant It Did Not Qualify as “Non-Owned Auto”

Consider this recent decision from the Florida Fourth District Court of Appeals, GEICO Indemnity Company v. Walker. This case involved a single-car accident that killed both the driver and his passenger. The passenger’s estate subsequently filed a wrongful death lawsuit against the driver’s estate.

The complicating factor in this case was the car itself–a 1992 Porsche. The owner of the car was the driver’s stepfather. The stepfather had entrusted the car to his stepson 10 years before the accident. The stepson kept the car, had his own set of keys, and was allowed to use the Porsche whenever he wished.

The reason this created a complication was due to the insurance companies. The driver had a policy with GEICO. The Porsche was insured under the stepfather’s policy with Allstate. Both the driver’s estate and the passenger’s estate agreed that the GEICO policy should cover the accident. GEICO disagreed, asserting the Porsche was not a covered vehicle under the driver’s policy.

The two estates eventually settled the wrongful death claim in arbitration for just over $7.7 million. The driver’s estate then assigned its rights under the GEICO policy to the passenger’s estate. The passenger’s estate, in turn, sued GEICO for breach of its duty to indemnify the driver.

The legal dispute centered on language in the driver’s policy that said coverage applied only to an “owned auto” or a “non-owned auto.” Everyone agreed the Porsche was not an “owned auto,” as title always remained with the stepfather. So the question was whether the Porsche qualified as a “non-owned auto.” According to the policy, a non-owned auto included any “private passenger, farm or utility auto or trailer not owned by, furnished or available for regular use of either you or your relative, other than a temporary substitute auto.”

GEICO argued that given the driver had regular “possession, access to, and freedom to use” the Porsche for 10 years, it could not qualify as a non-owned auto under this definition. Indeed, the purpose of the non-owned auto clause was to provide coverage for temporary vehicles such as rental cars. Nevertheless, the estates maintained that the Porsche was not available for the driver’s “regular use.” Instead, the Porsche was treated as a “collector’s car,” and the driver understood that to be a restriction to only use the vehicle “infrequently.”

The Fourth District did not accept that reasoning. Reversing a trial judge’s earlier ruling on this issue, the appellate court said the stepfather’s own deposition testimony effectively established there were no restrictions on the driver’s use of the Porsche. Even if the stepson understood that he was not supposed to use the vehicle regularly, it was “nevertheless ready for use” at his discretion. Accordingly, the Porsche did not meet the policy definition of a non-owned auto, and GEICO was not liable to pay the wrongful death judgment.

Insurance disputes are not uncommon following a serious auto accident. If you are the victim, or are a deceased victim’s next of kin, it is therefore important to engage an experienced Delray Beach auto accident lawyer as soon as possible in order to protect your legal rights. Contact Leifer & Ramirez today to schedule a free case consultation.

By Leifer & Ramirez | Posted on June 25, 2021
« What Is The Difference Between Stacked And Non-Stacked Uninsured Motorist Coverage In Florida
How A Seemingly Simple Deadline Can Trip Up Your Personal Injury Case »