What Is A Fabre Defendant In A Florida Personal Injury Lawsuit? 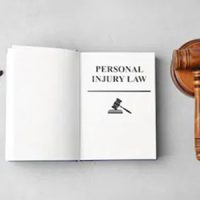 When an accident seriously injures someone, there may be multiple parties who can be held legally responsible. The victim may elect to file a personal injury lawsuit against one or more defendants to seek monetary compensation. The defense may then turn around and argue there was a third party–one not named as a defendant in the lawsuit–whose actions also contributed to the accident.

Such third parties are commonly referred to in Florida legal circles as a Fabre defendant. (The name comes from a 1993 Florida Supreme Court case, Fabre v. Marin.) A personal injury defendant may argue that the jury should apportion some or all of the fault to the Fabre defendant. If this defense succeeds, that can reduce how much money the defendants will owe to the plaintiff.

A recent decision from the Florida Fourth District Court of Appeal, J.L. Property Owners Association, Inc. v,. Schnurr, provides a helpful illustration of what we are talking about. In this case, the plaintiff was rendered a quadriplegic following an accident where his bicycle collided with a bollard–a vertical post commonly used to control traffic. Here, the bollard was installed on the promenade of a private planned community, the defendant in this case.

The planned community itself was completed in the 1990s. At trial, the defense tried to argue that the original developer–a corporate entity that no longer exists–should be considered a Fabre defendant, as it had designed and installed the bollard. The bollards themselves had been installed without a permit and in violation of Florida building and construction codes.

The trial court ultimately declined to issue a Fabre instruction to the jury. The jury then determined the defendant was 45 percent responsible for the accident. Damages were then awarded to the estate of the plaintiff, who died before the case went to trial.

On appeal, the Fourth District held the trial court did not err in refusing to add the now-defunct developer as a Fabre defendant. The appellate court noted the developer “had no involvement in or control over” the property in the two decades preceding the plaintiff’s accident. So even if there was “latent defect” due to a construction problem, the defendant still had a “reasonable opportunity to discover the condition and take precautions.”

If you have been injured in an accident, it is important to take the time and investigate the possible liability of all potential defendants before heading into court. An experienced Boca Raton personal injury attorney can provide you with invaluable assistance in this area. Contact Leifer & Ramirez today to schedule a free consultation with a member of our team.

By Leifer & Ramirez | Posted on March 18, 2022
« Can A Jury Award Damages Inconsistent With The Evidence In A Personal Injury Case?
How A Negligent Driver’s Conduct Can Let Their Own Insurance Company Off The Hook »