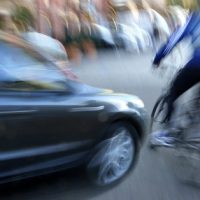 A personal injury award following a serious accident can often come to several hundred thousand dollars. Most defendants cannot rely solely on insurance to cover such damages. Indeed, many Florida drivers only carry about $10,000 in bodily injury liability coverage.

In many cases, the insurance company will agree to pay the maximum coverage available under the policy to an accident victim. But if the insurer refuses or drags its feet too much, then it may be subject to a “bad faith” lawsuit. Basically, if an insurer unreasonably refuses to settle a valid insurance claim in good faith, it can be ordered to pay any “excess judgment” rendered against the policyholder.

From the accident victim’s perspective, a bad faith claim can provide a way to seek full satisfaction of a personal injury award from an insurer. On the other hand, the negligent policyholder’s own actions may end up letting the insurer off the hook. This is because in a bad-faith lawsuit, the question is whether the insurer acted reasonably under the “totality of the circumstances.”

A recent decision from the U.S. 11th Circuit Court of Appeals, Ellis v. GEICO General Insurance Company, helps to illustrate what we are talking about. This case arose from a fatal collision between a motorist and a bicyclist. The motorist struck the rear of the bicycle and then promptly fled the scene. GEICO was the motorist’s insurance company. The policy itself only provided coverage of $10,000 per person or $20,000 per accident.

GEICO only learned about the accident a month later when it received a call from the law firm hired by the bicyclist’s estate to pursue a potential wrongful death claim. GEICO then tried unsuccessfully contacting the motorist, i.e., its policyholder, for further information. A GEICO adjuster tried to find the motorist at his home and office, again without success.

Nevertheless, once GEICO received a copy of the formal accident report from law enforcement, it immediately offered to pay the policy limit to the victim’s estate. The estate rejected the offer as untimely. The estate proceeded to sue the motorist and ultimately obtained an award of approximately $480,000.

The motorist then filed a bad faith lawsuit in federal court against GEICO, arguing it should be held liable for the $480,000 judgment. Both a federal district judge and later the 11th Circuit rejected this argument and dismissed the bad-faith claim. As the 11th Circuit explained, no “reasonable jury” could find under these circumstances that GEICO acted improperly. GEICO took prompt action once informed of the accident to investigate the matter. Due to the motorist’s own failure to cooperate, however, GEICO could not complete that investigation and tender its offer until it received the formal police report.

If you or someone in your family is involved in a serious accident, you need to take prompt action to preserve your legal rights. An experienced Boca Raton bicycle accident lawyer can provide you with advice and representation. Contact Leifer & Ramirez today to schedule a free consultation with a member of our staff.

By Leifer & Ramirez | Posted on April 6, 2022
« What Is A Fabre Defendant In A Florida Personal Injury Lawsuit?
The Role Of Settlement Agreements In Car Accident Insurance Disputes »