Can A Jury Award Damages Inconsistent With The Evidence In A Personal Injury Case? 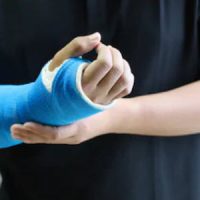 Take this recent decision from the Florida Third District Court of Appeal, Gutierrez v. De Leon. This was a personal injury lawsuit arising from a motor vehicle accident. The plaintiff’s vehicle collided with a dump truck owned and operated by the defendants. The plaintiff alleged that the dump truck driver failed to yield the right of way, thus causing the collision. The defense argued the plaintiff was partially at-fault for the accident. The defendants also challenged whether the plaintiff’s injuries–specifically two herniated discs–were actually the result of the accident as opposed to a preexisting condition.

A jury ultimately found the defendant 20 percent at-fault for the accident. The jury further assessed the plaintiff’s total damages at $9,838.61 for her past medical expenses and $1,000 for past lost earnings. The defense was therefore liable for 20 percent of these amounts. But Since that was less than the value of the personal injury protection benefits the plaintiff received under her own insurance policy, she took nothing.

On appeal, the Third District agreed with the plaintiff that the jury’s calculation of damages went against the manifest weight of the evidence. At trial, the plaintiff introduced her medical bills. These totaled more than $250,000, with $200,000 of that figure arising from neck surgery required due to the herniated discs. Another $48,000 came from her visit to the emergency room following the accident for pain treatment. The appellate court noted the defense never challenged the emergency room bills. And while there was conflicting evidence regarding the cause of the plaintiff’s herniated discs, the Fourth District said the jury’s final award of $9,836.61 was still inexplicable. Accordingly, the Court ordered a new trial solely on the issue of the plaintiff’s past economic damages.

Get Help From a Florida Personal Injury Attorney Today

It is important to understand that in any personal injury case, proving a defendant’s negligence is just one step in the process. Even when a defendant is clearly 100 percent at-fault–indeed, even where the defense concedes liability–the plaintiff must then prove the nature and amount of their damages. Simply asking the jury for an unspecified amount of money does not work, especially with regard to economic damages, where there must be specific financial losses tied to the original accident.

If you need legal advice and representation in connection with your personal injury claim and would like to speak with an experienced Boca Raton auto accident lawyer, Contact Leifer & Ramirez today to schedule a free consultation.