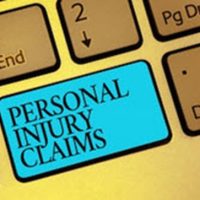 Personal injury claims are often settled without the need for a trial. A settlement is essentially a contract between the plaintiff (i.e., the victim) and the defendant. It is common practice for this contract to contain a “release,” or language that absolves the defendant, and potentially other related parties, from any further legal liability for the underlying accident, provided they comply with the other terms of the settlement.

Once a victim agrees to a settlement and release, they are bound by its terms. Florida courts will strictly enforce the terms of a release. A recent decision from the Florida Third District Court of Appeal, Campbell v. Harper’s Air Inc., provides a useful illustration of how this can affect an accident victim’s ability to pursue other parties who may be liable for their injuries.

This case involved an auto accident. The plaintiff’s vehicle was struck by a truck. The plaintiff originally sued the truck’s driver for negligence. This led to a settlement. The settlement included a release discharging the truck driver from any further liability. The release also extended to the driver’s “employers” who were “liable or who might be claimed to be liable” for the accident.

At the time of the accident, the truck driver was operating his then-employer’s vehicle. But that employment ended prior to the driver signing the release with the plaintiff. The plaintiff then filed a second personal injury lawsuit, this time against the company that owned the truck, alleging it was also vicariously liable for its former employee’s negligence.

The employer argued it was still protected by the driver’s release. The plaintiff argued that “employer,” as used in the release, should only be meant to read the driver’s employer at the time of the agreement. Or at the very least, the use of the term “employer” was ambiguous and required further judicial interpretation.

The trial court, and later the Third District, rejected the plaintiff’s position and dismissed this second lawsuit. The appellate court explained that the Florida Supreme Court had previously considered–and rejected–a similar argument that when a release refers to a “specifically named employer,” they do not cease to enjoy the protection of said release just because the employee is no longer employed with the firm. Logically, the use of “employer” in this context means someone who employed the negligent party at the time of the accident, not the time of the release.

Following an accident you may feel pressured to accept a quick settlement. But before signing any release with respect to a personal injury claim, it is always a good idea to consult with a qualified Boca Raton personal injury lawyer who can advise you of your rights and obligations. Contact Leifer & Ramirez today to schedule a free initial consultation with a member of our personal injury team.

By Leifer & Ramirez | Posted on March 4, 2022
« What Happens When An Insurer Refuses To Settle A Valid Personal Injury Claim?
The Perils Of Rejecting “Stacking” UM Coverage For Your Auto Insurance Policy »