What Does “Personal Jurisdiction” Mean In A Florida Personal Injury Case? 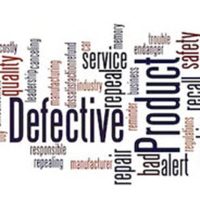 Even when a defendant is not a Florida resident, it is still possible to establish personal jurisdiction under what is known as the long-arm statute. This refers to Section 48.193 of the Florida Statutes, which provides a number of ways that a plaintiff can establish Florida jurisdiction over a nonresident defendant. For example, if the nonresident defendant committed the tortious act–i.e., the wrongdoing that injured the plaintiff–in Florida, that would create personal jurisdiction under the long-arm statute. Similarly, if a company manufactured a dangerous or defective product that caused injury in Florida, that could also be grounds for invoking this state’s jurisdiction.

A recent decision from the Florida Second District Court of Appeal, Robinson Helicopter Company, Inc. v. Gangapersaud, illustrates how establishing personal jurisdiction can sometimes be more complicated than you might think. This particular case involves a wrongful death lawsuit arising from a highly unusual chain of events.

A Florida dentist owned a helicopter for use in his practice. While traveling within Florida one day, the helicopter suddenly lost power, forcing an emergency landing near Tampa. The dentist contacted both the manufacturer of the helicopter–a small company based in California–and a local service provider to help him diagnose the issue.

The service provider replaced the helicopter’s fuel pump and decided to fly it to one of its repair facilities in Sarasota for further maintenance. Unfortunately, during this second trip the helicopter again lost power. While attempting to land, one of the helicopter’s rotor blades hit a utility pole. The debris from that impact hit a pickup truck on the ground, killing a passenger and seriously injuring the driver.

The deceased passenger’s estate subsequently filed a product liability lawsuit against the helicopter manufacturer in Florida state court. This is what led to the Second District’s decision regarding personal jurisdiction. Reversing the trial judge, the appellate court held that Florida lacked personal jurisdiction over the California company.

The Second District first rejected the estate’s argument that the tortious act was committed in Florida. The problem here was none of the defendant’s representatives or employees were physically present in Florida when the faulty repairs or the fatal accident occurred. Nor was the company’s “communications” with the service provider enough to implicate the manufacturer in a Florida tort.

Second, the appellate court said this was not a case where the alleged defects in the manufacturing of the helicopter caused injury within Florida. Here, the issue was an absence of “minimum contacts” between the helicopter manufacturer and the State of Florida. The Second District noted that the defendant was a “comparatively small company with a single facility in California which produced fewer than 50 helicopters in 2020.” In other words, the manufacturer did not “systematically” serve the Florida market specifically. Indeed, this particular helicopter was sold by a dealer in Indiana and then brought into Florida by the dentist.

Jurisdiction is just one of a multitude of legal details that need to be addressed when bringing a successful personal injury claim. An experienced Boca Raton defective product lawyer can help ensure none of these crucial details are missed. So if you need to speak with an attorney, Contact Leifer & Ramirez today to schedule a free consultation.

By Leifer & Ramirez | Posted on March 14, 2022
« Is An Auto Dealership Liable For An Accident Cause By A “Loaner” Vehicle?
Can A Jury Award Damages Inconsistent With The Evidence In A Personal Injury Case? »