The Role Of Settlement Agreements In Car Accident Insurance Disputes 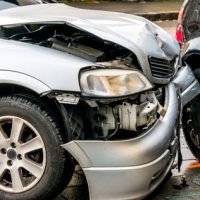 Claims arising from a car accident are often resolved by a settlement agreement, either with the other driver or an insurance company. Settlement agreements are legally binding contracts. This means that either side can ask a judge to enforce its terms. But the court’s authority typically does not extend beyond the scope of the agreement itself.

Progressive agreed this was a covered loss. But both sides disagreed as to the amount of the loss. This prompted the plaintiff to sue Progressive in Florida state court. The judge ordered an appraisal, which is basically an informal process for resolving disputes over the amount of insurance coverage. After the appraisal, the plaintiff and Progressive agreed that the cash value of the insured vehicle was $10,834, not including tax, title, and other costs. The parties then signed a one-page settlement agreement to that effect.

Progressive went ahead and paid the plaintiff. But a few weeks after doing so, Progressive filed its own motion in court. The insurer now claimed for the first time that it already paid over $10,000 to lienholder on the plaintiff’s vehicle. As such, the $10,834 it made to the plaintiff under the settlement agreement amounted to “double recovery,” resulting in an unjust “windfall” for the plaintiff. Progressive therefore asked the judge to order the plaintiff to pay the money back.

The judge granted Progressive’s request. The plaintiff appealed. The Third District agreed with the plaintiff that the judge’s actions were improper. The reason was simple: The judge went beyond the terms of the settlement agreement and thus beyond the court’s jurisdiction. The judge may have been trying to fashion an “equitable” result for the parties, but in this context the court’s role was simply to enforce the agreement. And since the settlement made no mention of any payments to the lienholder–and Progressive never raised the issue until the judgment enforcing the agreement was final–it was now out of luck.

Insurance companies are quick to strictly enforce the terms of a contract or agreement against a policyholder. You should never hesitate to do the same with them. If you are involved in a dispute and need legal advice from a skilled Boca Raton car accident lawyer, Contact Leifer & Ramirez today to schedule a free consultation.

By Leifer & Ramirez | Posted on April 7, 2022
« How A Negligent Driver’s Conduct Can Let Their Own Insurance Company Off The Hook
Are Police Officers Legally Responsible For A Detainee’s Suicide? »