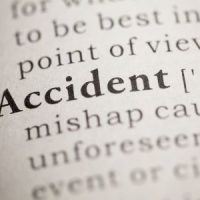 Personal injury lawsuits against government entities are often more complex than similar claims against private property owners. The government typically enjoys broad “sovereign immunity” from lawsuits. Florida law does make an exception for torts and similar negligent acts by state employees. But this exception only applies to “operational” functions as opposed to discretionary or “planning-level” functions.

To explain the difference between the two, here is a recent decision from the Florida Fourth District Court of Appeals, Broward County v. Manarite. In this case, a child was riding their bicycle down a bicycle path in Broward County. At one point, the child encountered a dumpster that was placed on the bicycle path by the local independent water district, which was running a job site. To avoid the dumpster, the child left the bicycle path and started riding down the street. While on the street, a vehicle struck the child, causing them severe and permanent injuries.

The child’s mother filed a personal injury lawsuit naming a number of defendants, including Broward County. The county moved to dismiss on sovereign immunity grounds. The trial court denied the motion, prompting the county to file an immediate appeal.

On that appeal, the Fourth District agreed with the county that it was entitled to sovereign immunity. As the appellate court explained, the plaintiff’s complaint failed to allege any “acts at an operational level” that could justify waiving the county’s sovereign immunity. The lawsuit alleged that the county was negligent in its failure to safely redirect traffic to deal with the blockage of the bicycle path. But the Fourth District said that was a “planning-level” decision. That is, so long as the county had discretionary authority to decide how to manage traffic, sovereign immunity protected the county from any liability based on its “decisions not to supervise the worksite or require additional workers or police to direct traffic and pedestrians.”

The Fourth District also observed that when a local government “creates a known dangerous condition, it does have an “operational duty” to warn or protect the public. That is to say, if there was evidence that Broward County created the dangerous condition at the worksite, then it could be sued for damages. But in this case, the appellate court said the mother’s lawsuit failed to raise such allegations, so the county was entitled to dismissal from her lawsuit.

Sorting out who can–and cannot–be held legally responsible for an accident is often a more complicated task than you might initially realize. That is why it is important to work with an experienced Boynton Beach bicycle accident lawyer if you, or someone in your family, has suffered serious injuries due to third-party negligence. Contact Leifer & Ramirez today to schedule a free consultation with a member of our personal injury team.