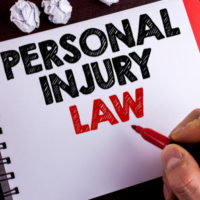 As of July 1, the state of Florida implemented a new texting and driving law that is intended to change how drivers operate in the future. Now that the law has been in place for over a month, we can begin to recognize some of the differences between the old law and the new one as well as what we have learned so far about what started as gray areas for the new statute.

What is the Big Difference Between the New Law and the Old One?

Prior to the new law, Florida’s previous texting and driving statute only enabled law enforcement officers to stop motor vehicles and issue texting while driving citations as a secondary offense, meaning that a driver had to already be doing something that gave authorities had some other legal reason to pull the driver over. As of July 1st, texting while driving is now a primary offense in the state of Florida, meaning you can be pulled over solely based on this behavior. And while officers are primarily giving out citations for this offense from now through the end of the year, they technically have the right under the law to issue citations at this point.

What Have We Learned so Far?

The TC Palm recently reported that patrols across the state have already been issuing warnings and a limited number of tickets so far as drivers become more acquainted with the law. The news outlet also reported updates on several gray areas of the statute including:

Have You or a Loved One Been Injured in an Accident Because the Driver Was Texting?

Despite the many campaigns that have appeared on TV and in the media warning of the dangers of texting and driving and the new law here in the Sunshine State, people continue to text while they are behind the wheel. Sadly, this kind of distracted behavior while driving can result in tragic consequences including life-changing injuries. Therefore, you need to obtain legal help from someone who can help ensure that you hold the accountable parties responsible if you have been injured in this kind of scenario. You can depend on the South Florida distracted driving attorneys at Leifer Law Firm to provide the experience you need to help you obtain compensation that you are entitled to. Contact us for help today.

By Leifer Law Firm | Posted on September 12, 2019
« The Dangers of Head-On Collisions
Protect Your Loved One From Nursing Home Neglect »