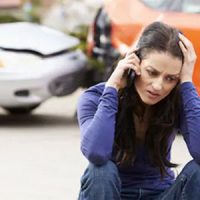 Most of us think of other drivers when thinking of the biggest threats on the road that could cause us to become involved in a collision. However, in reality statistics indicate that more than half of accidents only have one vehicle involved. In addition, these single-vehicle accidents can lead to some of the most devastating results. As a grim example of this, CBS Tampa Bay recently asserted that a single-vehicle crash that occurred in St. Petersburg on a recent Tuesday left both a driver and passenger deceased. The 58-year-old female driver was apparently driving a silver Lexus sedan northbound when she attempted to merge onto another northbound lane. Instead, she lost control of the car, hit a guardrail, crossed the median, eventually hit a tree and ultimately flipped the car over. Sadly, both she and her 85-year-old passenger eventually succumbed to their injuries.

Reducing Your Risk of a Single-Vehicle Accident

You’ll Never Be on Your Own With Our Help

It is typically helpful to contact an experienced personal injury attorney any time you have been involved in an accident and this is especially true if you were injured in a single-vehicle collision. If you are involved in a single-vehicle accident that you believe was not your fault, it is imperative that you take steps to preserve your rights as soon as possible. As the  South Florida car accident attorneys at Leifer & Ramirez, we believe that the client’s needs come first and we are more than happy to answer any questions you might have at any point throughout your legal situation. You will pay nothing up front and no attorney fees at all unless we recover damages for you, so there is no reason to wait to reach out for help.

By Leifer & Ramirez | Posted on January 11, 2021
« Loose Objects and Cars Are Not a Tight Fit
Teaching Kids Parking Lot Safety »