I Was Injured While on a Cruise–Can I Sue? 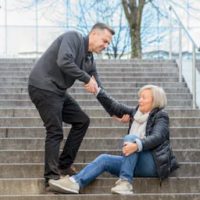 When a slip and fall accident occurs within Florida, you have the right to sue the property owner in court for damages. This is what is known as a premises liability claim. Essentially, you need to prove that the owner’s negligence in maintaining their property caused your accident.

But what happens when a slip and fall accident occurs on the ocean? In other words, let’s say you are injured while traveling on a cruise or are on someone else’s boat. Do the same rules of premises liability apply on sea as on land?

How Maritime Law Applies to Slip and Fall Cases

The short answer is that you can sue the boat owner for negligence, but not under state law. Accidents on the high seas are instead covered by maritime tort law. Maritime law is subject to federal jurisdiction. This means that if you wish to pursue a personal injury claim for a maritime tort, you normally must proceed under federal law.

The actual standards for assessing a maritime tort claim are not that different from those applied in strictly Florida law cases. The plaintiff must prove that the ship owner owed them a duty, and a breach of that duty caused them some actual harm. When it comes to something like a slip and fall, this typically means that the owner of the boat failed to identify and correct some known (or easily discoverable) safety hazard that caused the passenger’s accident.

To illustrate, here is a recent personal injury case head by the federal U.S. 11th Circuit Court of Appeals, Adams v. Paradise Cruise Line Operator Ltd. In this case, the plaintiff boarded a cruise ship operated by the defendant. Of note, the stateroom’s bathroom had a 1.25 inch step leading up to the shower. The entrance to the bathroom thus contained a warning sign: “WATCH YOUR STEP. BATHROOM FLOOR SLIPPERY WHEN WET.”

About a half hour after entering her stateroom, the plaintiff went into the bathroom and took a shower. When she stepped out of the shower to dry off, she slipped and fell on the shower’s steps. The plaintiff and her husband would later describe the presence of a “puddle” or “pool” of at least one inch of water that had accumulated on the bathroom floor. They also said there was an area of “rust and rot” indicating possible corrosion near the shower’s doorway.

The plaintiff subsequently filed a maritime tort claim in Miami federal court, alleging negligence on the part of the defendant in inspecting and maintaining the bathroom. Both the district court, and later the 11th Circuit, dismissed the lawsuit on a defense motion for summary judgment.

Nor did the mere pooling of water outside of the shower matter, the 11th Circuit said, as the defendant never had any notice of this potentially dangerous condition. Even in a land-based personal injury case, the defendant must have “actual or constructive” notice of a hazard before it may be held liable for an accident.

Slip and fall accident lawsuits are among the more complex types of personal injury claims, especially when they involve well-financed corporate defendants. If you are involved in such an accident and need qualified legal advice and representation, contact the  slip & fall attorneys at the Leifer Law Firm today.