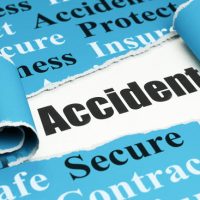 Florida’s Personal Injury Protection (PIP) law means that your own insurance company is supposed to compensate you in most cases following an auto accident. Of course, that does not mean your insurance company will always pay out. The insurer is ultimately looking out for its own bottom line, and that means if there is a legal way it can find to avoid paying a claim, it will not hesitate to exploit the law.

A recent decision from the Florida Second District Court of Appeal, Roberts v. Direct General Insurance Company, provides a cautionary tale. The plaintiff in this case was injured in an auto accident. About a year prior to the accident, she purchased an insurance policy from the defendant. The plaintiff filled out an online application for the policy, which asked her “Driver Information.” The plaintiff listed herself as the only driver of the insured vehicle.

The defendant claimed this “misrepresentation” mattered because it would have charged the plaintiff a higher insurance premium had it known there was a second household member.

The plaintiff subsequently sued the defendant, asking a Florida judge to issue a declaration that the invalidation of her insurance policy was illegal. The defendant filed its own counterclaim alleging it was valid. Both parties then moved for summary judgment.

The trial court sided with the defense. On appeal, so did the Second District. The appellate court only addressed one issue related to the grant of summary judgment. The defendant’s entire case rested on the deposition testimony of one of its own employees. This employee testified that the plaintiff would have been charged a higher premium had she disclosed her brother as a household member on her application. The defendant did not provide any other documentary evidence to support this testimony.

The Second District agreed with the plaintiff that normally, such unsupported testimony would not be admissible as evidence in court. It was inadmissible hearsay. There is a common hearsay exception for “business records,” the court noted, but as previously stated the defendant introduced no documentary evidence to support its employee’s testimony. Nevertheless, the Second District said the trial court’s grant of summary judgment to the insurance company was still justified since the employee offered admissible testimony with respect to her personal experience with the employer’s underwriting guidelines.

Never assume that an insurance company–even your own–will pay an accident-related claim without putting up a legal fight. Your best protection against such an occurrence is to work with a qualified Boca Raton car accident lawyer. Contact Leifer & Ramirez today to schedule a free consultation with a member of our personal injury team.

By Leifer & Ramirez | Posted on May 27, 2022
« Florida Supreme Court: Insurance Companies Can Be Liable For Negotiated “Consent Judgments”
Do You Have To Exhaust The Negligent Driver’s Insurance Before Filing An Uninsured Motorist Claim? »