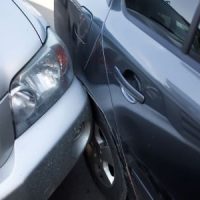 Most personal injury claims are resolved by some form of negotiated settlement. This typically involves the negligent driver’s insurance company agreeing to pay the liability limits of the policy. But if an insurer refuses to settle–and a court later holds that refusal was made in bad faith–that insurer may be liable for any “excess judgment” that the injured party obtains against the negligent driver.

The U.S. 11th Circuit Court of Appeals recently issued an important decision that will benefit many accident victims who find themselves in this type of scenario. The case before the Court, McNamara v. GEICO, was the result of a Florida auto accident. The negligent driver in this case improperly changed lanes and, in doing so, collided with another vehicle and seriously injured its occupant.

At the time of the accident GEICO insured the negligent driver’s vehicle, which was owned by another person, for up to $100,000 per person in liability coverage. When settlement talks between the parties failed, the victim filed a personal injury lawsuit against the driver and the vehicle owner. Under the insurance policy, GEICO provided the defendants with a lawyer.

After filing the lawsuit, the victim made a settlement offer under Florida law. The offer demanded $474,000 from the vehicle owner and $4.74 million from the negligent driver, respectively. The defendants accepted the offer and agreed to the entry of a consent judgment. GEICO was not a party to the settlement but it agreed not to assert that the defendants breached the insurance policy by agreeing to the victim’s offer.

The defendants then turned around and became plaintiffs, filing a bad faith lawsuit against GEICO. They argued that since GEICO failed to settle the victim’s claim for the $100,000 policy limit when it had the chance to do so, the insurer should now be on the hook for the multi-million dollar consent judgment.

This case was heard in federal court. A district judge dismissed the bad faith claim, citing a previous unpublished decision from the 11th Circuit. That decision said that any “excess judgment” in a bad faith claim must result from a jury verdict rather than a negotiated settlement, as was the case here.

In appellate law, an “unpublished” decision is one that only binds the parties to that specific dispute. It does not set a precedent for any similar future cases. A published decision, in contrast, creates binding precedent.

In the McNamara case, the 11th Circuit issued a published decision overruling its prior unpublished opinion. The Court admitted it had previously “misinterpreted” Florida law. In fact, a negotiated consent judgment can qualify as an “excess judgment” for purposes of a bad faith lawsuit. So the lawsuit in this case could proceed.

If you suffer serious injuries in a car crash, it is imperative that you seek out timely legal advice on holding the negligent parties accountable for your damages. A qualified Boca Raton car accident lawyer can help. Contact Leifer & Ramirez today to schedule a free consultation with a member of our team.

By Leifer & Ramirez | Posted on May 25, 2022
« How Corporate Defense Lawyers Can Try And Confuse Victims In Personal Injury Cases
How Your Own Insurance Company May Try To Avoid Paying Your Accident Claim »