Can You Discuss Auto Insurance In A Personal Injury Trial? 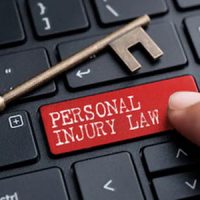 In personal injury cases, a jury is not supposed to consider evidence regarding what insurance, if any, is carried by the defendant. The reason for this rule is simple: The jury’s function is to consider the nature and amount of the defendant’s injuries arising from an accident. But if the jurors knew how much insurance the defendant had, that could sway them to make an excessive award based on the assumption that the defendant would not be personally responsible for paying it off.

At the same time, the Florida First District Court of Appeals recently held that the mere mention of auto insurance is not enough to invalidate an otherwise proper personal injury award. The case before the First District, Winters v. Harper, involved a rear-end accident. The plaintiff was stopped at a red light when his vehicle was struck from the rear. The plaintiff subsequently sued both the driver of the rear vehicle and its owner, who was also the driver’s father.

As the rear driver is almost always found liable for a rear-end accident, the defense conceded that point. The case proceeded to a jury trial on causation and damages. The jury returned a verdict in favor of the plaintiff.

On appeal to the First District, the defendants insisted that there had been two improper references to auto insurance during the trial. The appellate court rejected this argument and upheld the jury’s verdict.

The First District explained what led to this argument in the first place. At trial, the plaintiff testified under questioning by her own lawyer that immediately following the collision, she attempted to exchange driver information with the defendant. In her answers, she mentioned needing certain information to contact her own insurance carrier. The defense argued at the time that the mere mention of insurance justified a mistrial, which the trial judge denied.

The second mention of insurance came during cross-examination of the defendant driver. Again, insurance was only mentioned in the context of asking about what information the parties exchange following the accident. Yet again, the defense argued that simply uttering the word “insurance” in the jury’s presence called for a mistrial. Again, the judge said no to that but instructed the jury to disregard the question.

The First District concluded that neither of these incidents “amounted to actual evidence of the [defendants’] auto insurance coverage” being placed before the jury. Instead, the judge acted within his discretion by sustaining the defense’s objections to the offending questions and instructing the jury appropriately. And even if the mere mention of insurance qualified as the improper admission of evidence, the appellate court said that was not grounds for granting a new trial under Florida law.

It is not uncommon for defendants to raise minor objections in an attempt to undo the outcome of a fair trial. That is why it is essential to work with an experienced Boynton Beach car accident lawyer who will aggressively represent your interests in court. Contact Leifer & Ramirez today to schedule a consultation.

By Leifer & Ramirez | Posted on August 13, 2021
« How The Language Of A Defendant’s Insurance Policy Can Affect Your Personal Injury Claim
What You Need To Know Before Filing A Personal Injury Lawsuit Against The Government »