How Is Your Florida Teenager Driving? 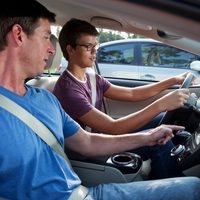 Many parents wonder if their teenagers are driving safely. Well, now there is an App for that. A father and mobile app designer has created a program that combines mobile technology with bumper stickers.

Motorists sharing the road with teenage drivers can than download the free Push Text App, and provide comments to parents in an anonymous one-way text message when they arrive at their destination.

The new App is one way to monitor a teenager’s driving after he or she graduates from a learner’s license to an unrestricted driver’s license. It may also reduce the number of Florida auto accidents that involve teen drivers.

Car accidents are the number one killer of American teenagers. According to the Centers for Disease Control and Prevention, younger drivers are the most at risk group to die in a car crash in the United States. In 2009, young drivers ages 15 to 24 accounted for 22 percent of motor vehicle accident deaths nationwide.

The bumper sticker and smartphone app are one way to address the serious safety issue of youth crash fatalities.

The main criticism of the App is that it could encourage motorists to text and drive. The creator of the program encourages drivers to wait to use the smartphone app until they have stopped their car. He also promises to put a warning on the next batch of bumper stickers that discourages drivers from texting and driving.

To receive the bumper stickers, parents can register their teen’s cars at the program’s website howismykiddriving.co. The cost is $15 for the first year and $10 every subsequent year.