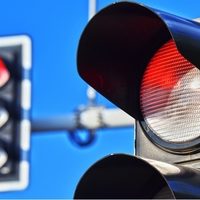 A new report released by the Florida Department of Highway Safety and Motor Vehicles indicates that red-light cameras are justifiably controversial. On the one hand, their presence seems to be reducing auto accidents at various intersections. On the other hand, their significant cost may or may not be worth a modest reduction in relatively minor accidents and an increase in accident rates in a minority of jurisdictions.

While Boca Raton has yet to release information on cost v. benefit of its red-light camera, Palm Beach County’s ten cameras have cost that jurisdiction approximately $150,000 more to install than has been generated in fines during the year they have been operational.

Some experts have speculated that crash rates will continue to decline at intersections outfitted with red-light cameras as motorists become increasingly aware of their presence. However, others are skeptical of this claim. At this time, all Floridians truly know for sure is that red-light cameras will continue to be controversial until longer-term data may be analyzed. In the meantime, we can hope that eventually these expensive pieces of equipment will translate into safer roads for everyone.

By Leifer Law Firm | Posted on January 7, 2013
« How Is Your Florida Teenager Driving?
Florida's proposed texting while driving ban »