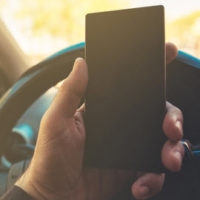 An Increase in Crashes

In a study by the South Florida Sun Sentinel, auto accidents increased by 11 percent from 2013 to 2016. Careless driving crashes increased by four times that amount. The types of crashes on the rise are typical of crashes that are caused by texting and driving. Even with these increases, less than one percent of crashes in South Florida indicate whether a cell phone was involved. This is because police officers do not usually report whether a cell phone was used unless someone was killed.

Sheriff Detective Don Huneke reports that people driving while texting appear similar to those who are driving under the influence. People that are texting and driving often end up weaving in their lanes. Officers are surprised when they pull someone over under suspicion of drunk driving only to find an individual was staring at their cell phone.

Is Florida Changing Their Laws?

Currently, after receiving support from the Florida House speaker, a proposal to make texting and driving a primary offense was introduced as the 2018 legislative session opened. Representative Emily Slosberg and Representative Jackie Toledo are co-sponsoring this bill. They see the current law of treating texting and driving as a secondary offense as “completely unenforceable.” The House Transportation and Infrastructure Subcommittee approved the measure, but this bill must go through two more panels. There are some concerns with changing the laws, but Rep. Slosberg and Rep. Toledo are passionate about this change. Opponents of change are concerned that making texting and driving a primary offense will lead to racial profiling. The opponents do not want this to open the door for police officers to use this law to racially profile.

Have You Been Injured In a Texting and Driving Accident?

If you have been injured in a car accident at because of texting and driving, contact an attorney who is dedicated to compensating you for your injuries. The experienced Florida personal injury attorneys at Leifer & Ramirez are uniquely qualified to hand your case. We work diligently and aggressively to fight for your rights.