Failure to Diagnose Most Common Reason for Medical Malpractice Claims 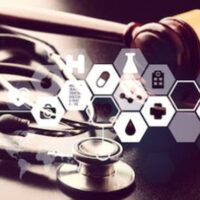 Medical conditions such as cancer, meningitis, diabetes, strokes and infections are serious conditions that can lead to death. However, if they are caught early, they can be managed with medications and other treatments.

Unfortunately, many common diseases are not caught early. They are either misdiagnosed as a different disease or not diagnosed at all. Failure to diagnose a medical condition can lead to many damages, such as increased treatment costs, more medications, amputations, time off work and even death.

Heart attacks in women are commonly misdiagnosed because women often do not exhibit the same symptoms as men. While men experience pain in the arm or chest, women tend to have symptoms that mimic gastrointestinal problems and are therefore misdiagnosed with indigestion or even anxiety.

The threat of a failure to diagnose medical malpractice claim can lead some doctors to overtreat. That is, they order unnecessary tests and prescribe medications that are not needed just in case. This can harm a patient as well.

Elements of Failure to Diagnose

Just because your doctor did not accurately diagnose your condition does not automatically mean you have a valid medical malpractice case. There are four elements that must be met:

You must meet all four of these elements in order to file a claim. For example, you cannot sue your doctor if you did not suffer any harm from the failure to diagnose.

Common Medical Conditions That Are Misdiagnosed

Certain cancers are often misdiagnosed or not diagnosed at all, as they tend to present common symptoms. Diabetes and meningitis can mimic other conditions. So can allergic reactions and infections. It is not uncommon for strokes and Lyme disease to also go undetected.

We expect that doctors will be able to accurately diagnose our medical conditions based on our symptoms. However, some conditions mimic others, and sometimes doctors are negligent and do not perform all the necessary tests to diagnose a certain condition.

If your doctor failed to diagnose your medical condition, and you are now dealing with cancer or some other serious disease, seek legal help. The  South Florida failure to diagnose attorneys at Leifer & Ramirez can assess your case and determine if you have a failure to diagnose case. Fill out the online form or call our office at 561-660-9421 to schedule a free consultation.