Did Your Doctor Fail To Treat You? 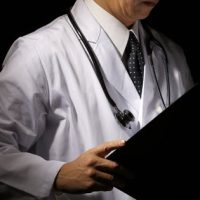 There’s usually only one reason that people go to the doctor, and that is to get better. So what happens when your doctor fails to help you, or makes you even worse? Well, you may have a medical malpractice lawsuit against them. Not all mistakes by doctors or medical professionals constitute medical malpractice, but in some cases, a failure to properly treat you can constitute medical negligence, allowing you to succeed in bringing a lawsuit against your provider and the medical institution that they work for.

What is Failure to Treat?

When we think of medical malpractice, the first thing that likely comes to mind for many people is a tool left in someone’s abdomen during surgery. However, not all medical negligence has to be active. If you were refused treatment, dismissed by your doctor, or had your concerns brushed off, and this resulted in further harm which would have been preventable with proper treatment, your doctor may be guilty of medical negligence.

Establishing a Failure to Treat Claim

In order to bring a lawsuit for medical malpractice based on a failure to treat, there are a number of elements that must be met. First, you must be able to show that a medical relationship existed between you and the doctor or professional who failed to diagnose you. This relationship can be established through medical records or bills. Second, you must be able to show that the doctor or medical professional was negligent. This means that the doctor must have breached the duty of reasonable care that is owed to every patient. While this standard does not demand perfection, it does require reasonable care. The most common way of assessing whether a breach has occurred is by looking at whether other similarly situated doctors would have been likely to make the same mistake. If another doctor in their position would not have been likely to make the same failure to diagnose, this weighs in favor of a finding of negligence. Finally, you must be able to show that harm occurred as a direct result of the doctor’s negligence. This can be established by showing that injury, worsened condition, or death, occurred due to the doctor’s failure to properly treat you.

Damages for a Failure to Treat Claim

The aim of a medical malpractice claim is to restore you to the position you would have been in financially had your doctor or medical professional not been medically negligent and caused you harm. Damages in these cases are intended to compensate you for all expenses incurred as a result of the harm, as well as pain and suffering.

If a doctor or medical professional’s failure to diagnose you has resulted in serious illness or injury, you do not have to bear the burden alone: you have legal options to recover. Contact the Boca Raton medical malpractice lawyers at Leifer & Ramirez to find out whether you have grounds to bring a medical malpractice claim today.