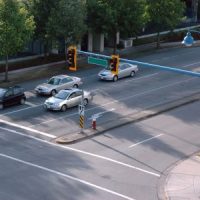 Did you know that 40% of all accidents take place at an intersection? This means that intersections are one of the most dangerous places for drivers. It’s important to be aware of the specific risks that intersections pose so that you can mitigate the possibility of an accident as much as possible. While much is out of your hands, it is still a good idea to be as prepared and vigilant as possible.

While there is essentially an unlimited number of possible causes of crashes and collisions at intersections, we have chosen to highlight some of the ones that we see most frequently. If you have been involved in an intersection collision that is not included on the list, feel free to contact our office to schedule a consultation and receive specific feedback on your case.

If you or a loved one have been injured in a crash caused by someone else’s negligence, the experienced Boca Raton auto accident attorneys at the Leifer & Ramirez are ready to help. Contact us today to schedule a consultation.

By Leifer & Ramirez | Posted on October 14, 2022
« Did Your Doctor Fail To Treat You?
Pedestrian Killed By 2 Hit-And-Run Drivers In Boca Raton »