Did You Injure Your Ear In A Car Accident? 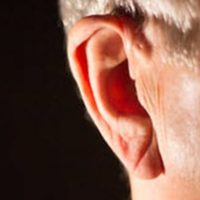 After a serious car accident, you may just feel thankful that your head is still attached to your shoulders. However, you may not have escaped unscathed. There have been an increasing number of ear injuries associated with car accidents, and it makes sense, given how vulnerable the head can be during an accident, and the fact that the ears likely absorb a good amount of the head trauma experienced in a crash. If you have suffered a ruptured eardrum or other trauma to the ears due to a car accident, you may be able to bring a personal injury lawsuit in order to recover financial damages from the driver responsible for causing the crash. Talk to an experienced Boca Raton, Florida personal injury lawyer to learn more about whether you have standing to bring a personal injury lawsuit and how much your ear injury claim may be worth.

If you have suffered an ear injury due to a car accident that was caused by someone else’s negligence, the experienced Boca Raton car accident lawyers at Leifer & Ramirez are ready to fight to hold the negligent party accountable and get you the compensation that you are entitled to. Call Leifer & Ramirez today to schedule a consultation.