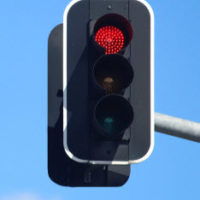 Earlier this month, the Florida Supreme Court ruled against an argument saying that officials in Aventura, Florida, gave an outside entity too much leeway in determining if camera photos located at red lights showed traffic violations.

The Supreme Court ruling maintains Florida’s laws surrounding camera usage at red lights, which lawmakers have attempted to rescind in recent years, yet have continually failed. Traffic violations dished out by the camera photos carry a $158 fine.

Even though the ruling means that Florida cities can keep the red lights working and keep handing out violations, several cities say they don’t intend to turn the cameras back on. According to studies, the financial benefit to cities to have the cameras is astounding. The cameras bring in about $77 million annually in Florida, with an estimated 58 percent going to the state.

Not all flashes of the camera will result in a violation. Occasionally, the camera will trigger even if someone doesn’t drive through the intersection. This may happen if the driver made a hard stop and passed the trigger point for the camera. When the camera does take photos, it takes two photos and records 12 seconds of video. If you receive a violation, it will include the date, time, and intersection location. Most photos do not capture the driver’s face.

Can a Citation Be Contested?

If you feel like your citation wasn’t merited, you may be able to contest it in Court. There are a few things that can help you when contesting your red light ticket, but it is best to consult with an experienced attorney rather than trying to fight the violation yourself.

If you have questions about red light cameras in Boca Raton, it is important to contact a legal professional. The attorneys at Leifer & Ramirez are prepared to answer any questions you may have. Call today for a consultation.