Can The Defendant In A Personal Injury Case “Surprise” Me With New Evidence Just Before Trial? 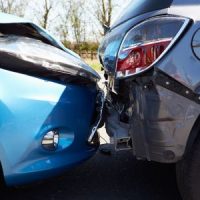 In television court dramas, you sometimes see a lawyer call a “surprise” witness or introduce evidence that was magically discovered at the last minute. In a real courtroom, however, such surprises are not allowed. All parties to a personal injury case, for example, have a duty to disclose any potentially relevant evidence to each other well before the trial. Indeed, the rules are designed to expressly prevent “ambush” tactics by lawyers.

A recent decision from the Florida Third District Court of Appeals, Montero v. Corzo, provides a useful illustration. This case involves a rear-end car accident. The plaintiff and his wife were in the forward vehicle and sustained injuries. They sued the rear driver–the defendant–for damages.

Rear-end drivers are almost always held liable for causing these type of accidents. And in fact, the defendant here admitted fault. The case therefore proceeded to a jury trial just to decide the amount of damages.

As is standard practice in Florida, the judge ordered both side to file a list of potential witnesses at least 90 days prior to trial, and a list of all proposed exhibits at least 30 days prior. The actual exhibits also had to be disclosed to the other side no sooner than 5 days before trial.

Despite these orders, just three days before trial, the defense disclosed a surveillance video taken of the plaintiff, as well as a report prepared by an “undisclosed” private investigator at the defendant’s behest. The plaintiff moved to exclude this evidence, arguing it was an unfair attempt to ambush him on the eve of trial. The trial judge allowed the evidence in, and the jury subsequently awarded the plaintiff $30,000 in damages, which was far less than he sought.

On appeal, the plaintiff argued the trial judge erred in not excluding the last-minute evidence. The Third District agreed and ordered a new trial. The appellate court explained that while a trial judge has the discretion to “admit or exclude late-disclosed exhibits or witness testimony,” the court must first consider several factors. Here, those factors included determining the “prejudicial” value of the surveillance video, whether the defense acted in bad faith by failing to disclose it earlier, and the potential disruption to the trial caused by this late evidence. Since the trial judge here “failed to consider and analyze” and of these factors, the Third District said a new trial was warranted.

When you are seeking compensation for your injuries, the last thing you want is an unfair surprise from a defendant. That is why it is crucial to work with an experienced Deerfield Beach car accident attorney who will aggressively protect your interests before, during, and after a trial. If you have been injured in a rear-end accident and need to consult with an attorney as soon as possible, Contact Leifer & Ramirez today.

By Leifer & Ramirez | Posted on August 25, 2021
« Florida Supreme Court Weighs In On Excavation Accident Lawsuit
Understanding The Use Of Expert Testimony In Personal Injury Cases »