Can I Sue For A Medical Mistake? 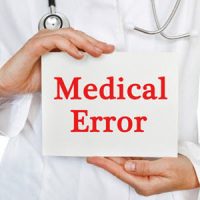 We put a great deal of trust in doctors and medical professionals. Doctors go to school and practice for years, which can make us feel secure in the treatment plans and diagnoses that they offer. But what happens when a doctor, surgeon, anesthesiologist, or other medical professional, makes a mistake? Unlike many mistakes that can be made, mistakes made during surgery or medical treatment can have devastating and life-altering (or even life-ending) effects. If you have suffered a serious injury due to a mistake made by your doctor, you may hand standing to bring a medical malpractice lawsuit.

When Can I Bring a Medical Malpractice Lawsuit?

It’s important to understand that not every medical mistake will give grounds for a lawsuit. Practicing medicine is complicated, and mistakes can happen even when a doctor is practicing with care and in the patient’s best interest. However, sometimes mistakes happen because the doctor is not practicing with care, and that is when a lawsuit becomes an option. If a patient is harmed due to the negligence of a doctor, they have grounds to sue for the harm that they suffered by bringing a medical malpractice claim. In order to successfully bring a medical malpractice claim, the patient will have to demonstrate that the doctor or medical professional was negligent, that the doctor’s negligence caused an injury to the patient, and that the patient’s injury resulted in both physical and financial harm. Harm can generally be demonstrated with medical records and bills as well as any other evidence of expenses incurred due to the injury.

Sometimes negligence is easy to establish, such as if the doctor was practicing medicine while under the influence of drugs or alcohol, but generally it is not so clear cut. One of the things that the court will look for in assessing whether medical negligence occurred is how the patient’s doctor treated them compared to how a similarly situated doctor would have treated that patient in the same situation. If two doctors would likely have taken the same actions or arrived at the same conclusion, then it is unlikely that the doctor will be found to have acted negligently. However, if another doctor would not have taken the actions or arrived at the conclusions that the patient’s doctor did, this is an indicator that negligence occurred. If you have suffered an injury due to a mistake made by a doctor or medical professional and are unsure whether it constitutes medical negligence, it is a good idea to consult with an experienced personal injury attorney. Your attorney will be able to tell you whether a court is likely to find that medical malpractice occurred as well as how much your claim is worth.

If you have suffered an injury in Florida due to a doctor or medical professional negligence, the experienced medical malpractice attorneys at the Leifer & Ramirez are ready to help. Contact our Boca Raton medical malpractice lawyers today to schedule a consultation and find out what your claim is worth.

By Leifer & Ramirez | Posted on October 19, 2022
« Pedestrian Killed By 2 Hit-And-Run Drivers In Boca Raton
Is There A Time Limit On Bringing A Personal Injury Claim In Florida »