Can I Sue A Negligent Driver’s Insurance Company? 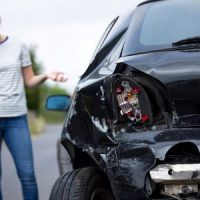 In practical terms, many personal injury claims are paid by insurance companies. For example, if you sue a negligent driver for causing an auto accident, any award will likely be paid by their insurance carrier. So can you “skip the middleman” as it were and just sue the insurance company directly?

No. Florida has what is called a nonjoinder statute. This basically means you cannot add or “join” an insurance company as a co-defendant in a personal injury case. The reason for this rule is so that juries will not consider the “availability of insurance” as a factor when determining damages. In other words, the jury is not supposed to know whether or not the defendant even has an insurance policy. But once a jury verdict (or settlement) is obtained, the plaintiff may then ask the court to join the insurance company as a party for purposes of enforcing any judgment.

Of course, this assumes the insurer does not attempt to deny coverage outright. Take this recent case from the Florida Second District Court of Appeals, Security National Insurance Co. v. Gonzalez. This case involved an accident between two people, Reyes and Gonzalez. Reyes was the negligent driver. Her car was insured under her parents’ policy, which only provided $10,000 in coverage for property damage. The policy did not include any coverage for bodily or personal injury.

Based on this, the Reyes’ insurer, Security National, said it would only cover the property damage alleged by Gonzalez in her lawsuit. The insurer subsequently settled the property damage claim with Gonzalez and that part of her lawsuit was dismissed before trial. The insurer also continued to provide a “courtesy defense” for Reyes in attempting to settle the remaining personal injury claims. When settlement talks broke down, the case went to the jury.

In the end, Reyes was on the hook for a judgment of just under $680,000. The judge also awarded Reyes to pay Gonzalez’s legal fees and court costs. Gonzalez then attempted to join Security National as a co-defendant, arguing that it failed to preserve its right to deny coverage for the accident. The trial judge agreed and held that the insurer was jointly liable for the verdict and award of legal fees.

The Second District disagreed. It held that Security National was never legally responsible for the bodily injuries to Gonazalez, as Reyes’ parents had expressly waived such coverage when they initially purchased the policy. The fact that Security National fulfilled its obligations to defend against the property damage claims did not change this fact. Nor did it matter if the insurer failed to strictly comply with the “technical requirements” of the nonjoinder statute. Such noncompliance could not be used to expand the coverage of the underlying insurance policy.

Before you bring any sort of personal injury claim, it is crucial to fully investigate what available insurance coverage, if any, that the defendants may have, as this will likely determine how much in damages you are likely to recover. An experienced  personal injury lawyer can provide you with guidance and assistance in this area. Contact Leifer & Ramirez today to schedule a free consultation.

By Leifer & Ramirez | Posted on May 19, 2021
« The Importance Of Locating Witnesses After An Auto Accident
How Do You Prove Damages For “Loss Of Earning Capacity”? »