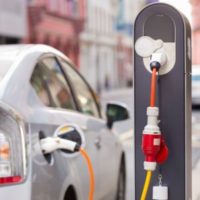 Florida residents may have heard that two separate vehicle fires have caught the attention of federal safety investigators. The National Highway Traffic Safety Administration is investigating the Tesla Model S electric car after two of these cars sustained battery fires recently. The similarity of the fires has forced the safety watchdog to consider whether the make and model is prone to fires.

According to USA Today, in both incidents a car struck roadway debris, after which the battery caught on fire. The debris reportedly punctured the battery compartment, which is just beneath the passenger seat in the vehicle’s undercarriage. In a third incident, a Model S caught fire after crashing.

There were no injuries caused by any of these three fires.

The Model S has about six inches of clearance between the undercarriage and the ground, but the vehicle automatically lowers to five inches of clearance at highway speeds. As a result of the outcry over the fires, Tesla has sent a computer signal to the Model S vehicles to tell them to have higher clearance on the highways.

For now, the automaker is also standing by claims that the vehicles are safe, while federal investigators look into a potential design defect.

While it is too early to know whether the Tesla Model S is defective, the media attention to the investigation is a reminder of consumers’ rights. When consumers are harmed as the result of a dangerous or defective product, they may have the right under Florida law to hold the manufacturer or designer of the product accountable. Under products liability law, it is often possible to obtain compensation for medical bills, pain and suffering, and lost wages.