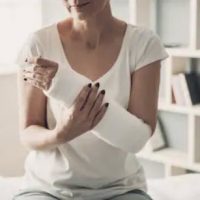 When you want to file a personal injury lawsuit against the state or any part of the state, such as a county, you need to be mindful of the rules governing sovereign immunity. Basically, you cannot sue the government unless the legislature adopts a law permitting such lawsuits. The Florida legislature has adopted such laws, but they are quite complex in their application.

Indeed, the rules are confusing enough that even judges disagree over what rules apply to a given case. Take this recent decision from the Florida Fourth District Court of Appeals, Lovelace v. G4S Secure Solutions (USA), Inc. This particular personal injury lawsuit involves a private company hired as a contractor by Broward County. The contractor provided security services for a number of county buildings, including the Broward Government Center.

The plaintiff slipped and fell on a piece of plexiglass that was lying outside the Government Center. He subsequently sued the contractor, alleging it was negligent in failing to notice and remove this safety hazard prior to his accident. The contractor moved to dismiss the case, arguing it was protected by the county’s sovereign immunity.

Now, it is important to understand here that sovereign immunity can take many different forms. The contractor here cited section 768.28(9) of the Florida Statutes, which states that an “agent” of the state or one of its subdivisions cannot be held personally liable in a personal injury lawsuit “any act, event, or omission of action in the scope of her or his employment or function.” The contractor argued it was an agent of the county and therefore covered by this provision.

What is the difference? Section 768.28(5) states that the state and its agencies can be held liable–up to $200,000–for a personal injury claim. The Fourth District said this provision also covers “corporations primarily acting as instrumentalities of the state, counties, or municipalities.” In contrast, the total immunity for “persons” under section 768.28(9) only “refers to individuals, not corporations.”

Personal injury cases often raise complicated legal questions, even when one of the parties involved is neither a government agency nor one of its contractors. This is why it is always important to seek out and work with an experienced Boynton Beach slip and fall attorney who will carefully review your case and advise you of all potential legal obstacles. So if you have been injured in an accident and need to speak with a lawyer right away, Contact Leifer & Ramirez to schedule a consultation.

By Leifer & Ramirez | Posted on June 29, 2021
« How A Seemingly Simple Deadline Can Trip Up Your Personal Injury Case
What Happens When You Are Forced Into Arbitration–But Cannot Agree On Who Should Be The Arbitrator? »