When Is The Postal Service Responsible For A Fatal Car Accident? 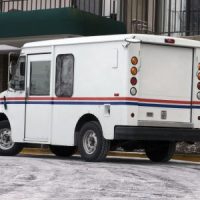 There is an old expression, “You can’t fight City Hall!” That is not exactly true, at least when it comes to personal injury claims. Although the government normally cannot be sued without its consent, federal and state legislation does carve out an exception for civil lawsuits arising from the negligent acts of government employees.

A commonly cited example is a Postal Service vehicle causing a car accident. If a local mail carrier runs a red light and slams into a car, the people in the other vehicle have the right to sue the United States Postal Service, a federal agency, for damages arising from the accident. The Federal Tort Claims Act (FTCA) expressly permits such lawsuits.

The United States Court of Appeals for the 11th Circuit recently addressed an unusual variant of this scenario. In this case, Smith v. United States, a fatal car accident was not caused by a Postal Service truck. Rather, the plaintiffs alleged the accident was the result of the Postal Service’s negligence in failing to properly regulate mailboxes.

Here is what happened. In 2016, a father and his adult daughter were traveling in their car around midnight. The father was driving while intoxicated. At some point, the car veered off the road and hit a pair of mailboxes, killing both the father and the daughter.

The victims’ estates subsequently sued the U.S. government under the FTCA. They alleged that the two mailboxes were built on brick, stone, and concrete supports in violation of federal postal regulations. More to the point, the estates argued that the Postal Service’s failure to notify the owners of the mailboxes of their “non-conforming installations” was negligent.

The government argued the FTCA did not apply to the facts of this case and thus it was immune from lawsuit as a sovereign entity. A federal judge agreed and granted the government’s motion to dismiss. On appeal, the 11th Circuit upheld the trial court’s ruling.

The problem, the appellate court explained, was that the FTCA only applies normal principles of state personal injury law to negligent federal actors. In other words, the estates had to identify some legal duty under state law–in this case Georgia–to get around sovereign immunity. But their argument was based on a purported failure to follow federal postal regulations.

To put it another way, the FTCA only holds the government liable for negligence if a “private party” in the same situation could also be held responsible. That was not the case here. Georgia law did not recognize any cause of action based on an alleged failure to notify someone their mailbox was potentially dangerous.

Anytime you want to pursue a personal injury case against the government, there are a number of additional procedural steps you need to follow. That is why it is crucial to consult with a qualified Delray Beach car accident lawyer before initiating any legal action. Contact Leifer & Ramirez today to schedule a free consultation with a member of our personal injury team.