Can A Veteran Sue The VA For Medical Malpractice? 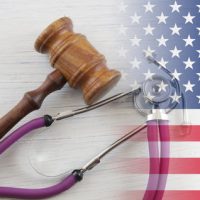 Perhaps the most common type of medical malpractice is the “failure to diagnose.” For example, if your doctor fails to properly diagnose your cancer, and as a result you are delayed in receiving appropriate treatment, you can seek to hold the doctor accountable for their negligence by filing a malpractice lawsuit.

Of course, things are not so simple if your doctor happens to work for the federal government. Many Florida residents have served in the U.S. armed forces, and as such, they are entitled to receive medical care from the Department of Veterans Administration (VA). So what happens when a VA doctor fails to diagnose someone’s cancer in a timely manner? Can you sue the federal government for malpractice?

Normally, you cannot sue the government at all unless Congress passes a law expressly permitting such lawsuits. Fortunately, such a law does exist–the Federal Tort Claims Act (FTCA). Under the FTCA, a person injured by the negligence of a federal employee can seek compensation from the government. But there are special rules that apply. And there may be other federal laws that can still prevent recovery under the FTCA.

Indeed, one of those conflicting laws involves the provision of healthcare to veterans. The U.S. 11th Circuit Court of Appeals, which has federal appellate jurisdiction over Florida, recently addressed such a case. In Smith v. United States, the plaintiff is a veteran who alleged the VA failed to properly diagnose his cancer in a timely manner. The plaintiff’s claims include allegations that there were unnecessary delays in receiving approval for initial diagnostic and medical treatments from the VA, as well a failure to properly diagnose his cancer on the part of VA doctors.

The government argued that none of the plaintiff’s claims could be heard under the FTCA, however, because another federal law declares that decisions made by the VA with respect to the “provision of benefits” to veterans are not subject to judicial review. In other words, a veteran cannot sue the government in court to challenge a decision to approve or withhold benefits. Such decisions are reserved exclusively to the Secretary of Veterans Affairs.

But as the 11th Circuit explained, not all of the plaintiff’s claims here require second-guessing the Secretary’s decision to approve or withhold benefits. Some of them do. For instance, the plaintiff cannot sue the VA for failing to schedule his initial diagnostic treatments in a timely manner. That is a decision regarding benefits. On the other hand, if VA doctors actually failed to diagnose and treat the plaintiff’s cancer, that is ordinary medical malpractice covered by the FTCA. Deciding such claims would not usurp the Secretary’s authority to approve or deny benefits in the first place.

If you have been the victim of medical malpractice it is important that you seek out timely legal advice from a qualified Boca Raton personal injury lawyer. Contact Leifer & Ramirez today to schedule a free initial consultation.

By Leifer & Ramirez | Posted on October 15, 2021
« Does It Matter How Much Your Personal Injury Claim Is Worth?
When Is The Postal Service Responsible For A Fatal Car Accident? »