What is the Law for When a Florida Driver Must Yield the Right of Way For Left Turns? 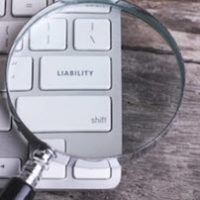 While all accidents can cause injuries, failing to yield to another driver while attempting to make a left turn often results in some of the most severe injuries and even fatalities. The Tampa Bay Times recently reported that, according to the Florida Highway Patrol, a Wesley Chapel man was fatally injured after turning in front of another vehicle while attempting a left turn. Sadly, both the driver who was attempting to make the left turn and the individual driving the other car suffered injuries in the accident, and the turning driver later succumbed to his injuries.

What is the Law in Florida?

Under Florida Statute Section 316.123, the driver of a vehicle who is intending to make a left turn within an intersection or into an alley, private road, or driveway is required to yield the right of way to another vehicle that is approaching from the opposite direction as well as any vehicle that is lawfully passing on the left of the turning vehicle, if it is within the intersection or so close that it constitutes an immediate hazard.

What Are the Causes of Left Turn Accidents?

Why Can Left Turn Accidents Be So Dangerous?

Who is at Fault For Your Accident?

This depends on whether the other driver has been negligent, but this is often provable in left turn cases. You should understand that you will need to demonstrate that the driver who was attempting to make a left turn failed to do so properly or otherwise failed to yield when they were required to do so under the law, and this failure was a proximate cause of the crash and your resulting injuries. It helps if you have witnesses that can vouch for your account of what happened and if objective evidence exists of the accident such as a surveillance video.

Have You Been Injured as the Result of Another Driver’s Failure to Yield?

If you or someone close to you has been injured in a left turn collision that was not your fault, you don’t have to attempt to obtain compensation alone. The Florida personal injury attorneys at Leifer Law Firm have helped many injured victims of failure to yield accidents pursue the compensation that they deserve during their 25 years of combined experience. Contact us today for help and we can begin helping you pursue the compensation you deserve.

By Leifer Law Firm | Posted on April 10, 2019
« Understanding How Your Personal Injury Resulting From a Car Accident Can Affect Your Life
Important Considerations For Proving a Slip and Fall Case »