What Is The Deadline For My Auto Insurer To Pay PIP Benefits? 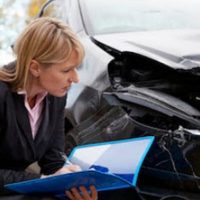 Florida’s no-fault insurance law requires auto insurers to provide their policyholders with up to $10,000 in personal injury protection (PIP) benefits for a given accident. The insured party, or the party to whom they have their assigned insurance benefits, must file a written claim with the insurer. Upon receiving this notice, the insurer then has 30 days to pay the claim.

When PIP benefits become overdue–i.e., the insurer waits more than 30 days–the insured or their assignee will then typically send a “demand letter” to the insurer. This letter is a necessary first step towards initiating litigation should it become necessary. The insurer has an additional 30 days to respond to the demand letter by paying the original claim plus interest, the cost of sending the demand letter, and a 10 percent penalty (up to $250).

After this second 30-day period expires, the insured or assignee can then sue. If the lawsuit is successful, they can recover not just the money owed on the original claim, but also their legal fees in connection with pursuing the litigation. To be clear, the insurer does not have to pay any legal fees (aside from its own) if it pays the original claim for PIP benefits within the time periods described above.

Appeals Court: Insurer Does Not Have to Pay Attorney Fees for Late Payment of Postage and Penalty

The Florida Fourth District Court of Appeal recently clarified the application of the attorney fees rule to a situation where an insurer paid an insurance claim, albeit late, but not the other fees required by statute. This particular case, South Florida Pain & Rehabilitation of West Dade v. Infinity Auto Insurance Company, did not involve an especially large amount of money. In 2013, a health care facility that provided treatment to an accident victim presented a claim for PIP benefits to the victim’s insurance company. After the initial 30-day period expired, the insurer sent a demand letter.

The insurer did pay the original claim within the second 30-day period. But it did not pay the 10 percent penalty or the provider’s postage costs for sending the demand letter, as required by law. The provider sued to collect these unpaid amounts, which came to $181.92. Five years passed before the insurer admitted fault and agreed to pay the maximum penalty of $250 plus the $1.95 in postage.

The provider argued it was also entitled to its attorney fees in connection with obtaining this judgment against the insurer. A county court judge denied this request. The provider appealed, but the Fourth District agreed the insurer was not required to pay legal fees under these facts. The appellate court noted an insurer’s obligation to pay such costs was only triggered when it failed to pay the full amount of the original insurance claim within 30 days of receiving a demand letter. This did not apply, however, to postage costs or the statutory penalty.

If you are having difficulties in getting your insurance company to pay your claim for PIP benefits, an experienced  auto accident lawyer can help. Contact Leifer & Ramirez today to schedule a free consultation.

By Leifer & Ramirez | Posted on June 4, 2021
« How Different Laws Can Affect A Defective Medical Device Lawsuit
How Can Medical Insurance Benefits Affect My Personal Injury Award? »