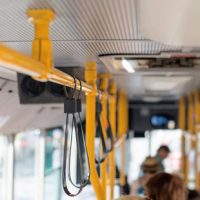 Local 10 News recently reported that a packed bus passed a truck on the Pennsylvania Turnpike shortly before losing control and causing a chain-reaction wreck that killed five and injured dozens. The motor coach had reportedly begun its trip at 10 p.m. in Queens, New York the night before the early morning crash over five hours later on the bus that was headed to Cincinnati before it would have ultimately returned to Queens. The 58-year-old driver was about 10 miles from being subbed out by the next driver when his bus passed a FedEx truck. The driver reportedly then lost control and the bus hit a concrete median barrier, went up an embankment and ended up blocking the westbound turnpike travel lanes. The FedEx truck could not stop and hit the bus, after which a UPS truck also struck it. Sadly, the driver was thrown from the bus and died at the scene in a mountainous and rural area about 30 miles west of Pittsburgh. Four other victims also died in the bus crash.

Why Can Bus Accidents Be so Tragic?

Buses can be a cost-effective and environmentally friendly alternative to driving. Because multiple passengers are paying to be transported together, companies can charge much less than alternate means of transportation. However, the fact that there are multiple people also has a different effect when things go wrong.

As reported in an annual publication of the Office of Highway Policy Information of the Federal Highway Administration, these accidents are especially tragic because of the numbers of people killed or injured in crashes. These counts generally are larger than the number of crashes because more than one person may be killed or injured in a single crash. These numbers are also magnified because these accidents can impact everyone from bus passengers to pedestrians and third parties involved in collisions with buses.

What Are Common Causes of Bus Accidents?

Allow Us to Help You Understand Your Legal Options.

If you or a loved one have been in a bus accident, you should act quickly in order to preserve your legal options and rights. Begin by reaching out to the experienced South Florida auto accident attorneys at Leifer Law Firm who offer the help that you can depend on to ensure that you obtain the compensation that you deserve.