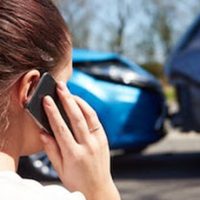 One of the biggest issues during this most recent session of the Florida Legislature was a bill designed to repeal the state’s “no-fault” law governing auto insurance. After weeks of speculation, Gov. Ron DeSantis vetoed the controversial measure, Senate Bill (SB) 54. Although the measure enjoyed bipartisan support in the legislature, many insurance and medical groups argued it would leave Floridians worse off.

What Did Bill 54 Propose to Do?

Florida law currently requires anyone who owns a registered motor vehicle in the state to carry a minimum amount of auto insurance coverage for “personal injury protection” (PIP). This PIP coverage is “no-fault,” meaning that if you are injured in an accident, your own insurance policy is expected to cover your injuries regardless of who was responsible. Unlike most other states, Florida does not require drivers to carry “bodily injury liability” coverage to pay for injuries caused to other drivers, passengers, or pedestrians. Such coverage is optional.

And since your own PIP benefits are supposed to cover your damages, you typically cannot file a personal injury lawsuit against the negligent driver unless your injuries were “serious,” meaning you suffered something like a significant disfigurement or permanent impairment to a body part.

SB 54 proposed to repeal the no-fault system and replace it with a requirement that all drivers purchase bodily injury coverage instead of at least $25,000 per person or $50,000 per accident. Keep in mind, the current no-fault law only requires a minimum of $10,000 in personal injury protection. So SB 54 would have not only shifted responsibility for an accident to the negligent driver’s insurance company, it would have raised the minimum amount of coverage available for the victim.

In his veto message, the governor said that while he agreed with legislators that the current no-fault system “has flaws,” SB 54 as currently written “does not adequately address the current issues facing Florida drivers and may have unintended consequences that would negatively impact both the market and consumers.”

Although the governor did not elaborate further on those “unintended consequences,” the insurance lobby was vocal in its opposition to SB 54. According to a report in  Insurance Journal, one industry group claimed that under SB 54, the “cost of an average auto insurance policy could increase by as much as 23%, or $344.” Other critics noted that under the current PIP rules, insurance companies are required to quickly pay medical bills for injured policyholders, while SB 54 would have required an insurer to first make a determination of fault, which could leave some accident victims waiting for benefits.

Despite the governor’s veto of SB 54, this is unlikely to be the last time we see an attempt to overhaul Florida’s auto insurance system. If you are injured in a car accident and need timely legal advice from a qualified Deerfield Beach car accident attorney, Contact Leifer & Ramirez today to schedule a free case evaluation.

By Leifer & Ramirez | Posted on August 5, 2021
« Can Firefighters Sue A Negligent Property Owner For Causing A Fire?
Florida Judge Continues To Sort Out Zantac Litigation »