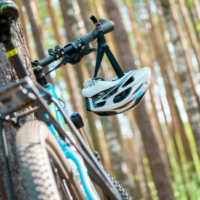 A family riding on bicycles was struck intentionally by a man in New Tampa, Florida, on a recent Sunday. The father of the family died, and his two young sons were injured. Tampa Police reported that they aren’t sure why the act was done, but they know it was done on purpose.

The accident happened around noon when the father was riding his bicycle and pulling his 3-year-old son in a trailer behind him. His other son was riding beside them. All three were on the sidewalk when a driver did a U-turn and struck the bicycle riders before driving away.

While biking can be a great way to exercise, especially in Florida’s beautiful climate, bicycle accidents are on the rise in the U.S. The Sunshine State has the highest rate of bicycle deaths in the U.S., and it’s not just a little bit more. The state death rate due to bicycle accidents is more than double the national average.

The Rights of a Cyclist in Florida

Under Florida law, cyclists have the same rights and duties as any other vehicle driver, with just a few exceptions. Bicyclists are required to ride in the bike lane if they are moving slower than the speed of traffic, but if there isn’t a bicycle lane, they are supposed to ride as far to the right as possible. Unfortunately, far too many vehicle drivers don’t consider bicycle lanes as an actual lane of traffic and accidents frequently occur when vehicles fail to yield the right of way and make right turns across bicycle lanes.

Most bicycle-vehicle accidents that occur involve drivers between the ages of 20 and 24-years-old. While many people might believe that the retired population in Florida is the culprit, the exact opposite is true. Drivers over the age of 75 were the least likely population to be involved in car-bicycle collisions.

The most common negligent driving behaviors that resulted in bicycle accidents were failure of drivers to yield to cyclists, distracted driving, running stop signs, and careless driving.

If you have been injured by a vehicle while riding a bicycle, there are a few things that your personal injury attorney must prove in court.

Bicycle accidents can result in serious injuries and even death to riders. If you were injured as a result of a motor vehicle driver’s negligence, you shouldn’t hesitate to contact a Florida personal injury attorney.

The laws surrounding bicycle-vehicle accidents can be complex and confusing. It takes an attorney that is familiar with the rights that Florida cyclists have to be able to argue your rights in court. The Boca Raton attorneys at Leifer & Ramirez have the knowledge and experience to represent you in court and get you the compensation that you deserve. Call us today for a consultation at one of their convenient Florida locations.