Does A Judge Have To Remove A Juror From A Personal Injury Case Due To Preexisting Bias? 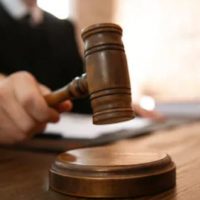 Most personal injury cases are settled out of court without the need for a trial. But if a case does go to trial, the victims have the right to be heard by an impartial jury who will not allow their own preexisting biases or life experience to cloud their judgment. To protect against such outcomes, Florida law provides a number of legal mechanisms to strike or remove potentially biased jurors.

A recent decision from the Florida Third District Court of Appeals, Rivas v. Sandoval, demonstrates the importance of these legal protections. In this case, the plaintiff was driving on US-1 in South Miami when she was struck by the defendant. The plaintiff sustained serious injuries in the accident and subsequently filed a personal injury lawsuit against the defendant.

The case proceeded to a jury trial. During jury selection, all of the potential jurors were asked if they had a “personal or indirect experience being involved in a car accident.” One juror, identified in court records as Juror 5, replied that his son had been involved in an accident similar to the one at issue in this case. Juror 5 elaborated that his son was sued by the other driver. When the plaintiff’s attorney asked Juror 5 point-blank if this was a case where he could not be fair or impartial, the juror replied “yes,” although he later backtracked and said “every case is different.”

The plaintiff moved to exclude Juror 5 for cause. The judge denied the motion. Florida law grants each side in a case a limited number of “peremptory” challenges that may be used when a juror is not excluded for cause. The plaintiff exercised such a challenge against Juror 5. Later, after the plaintiff used up all of her challenges, an issue arose with respect to another juror, Juror 15. This juror previously worked for a number of insurance companies. The plaintiff asked for an additional peremptory challenge to strike this juror. Again, the court denied the motion.

The jury that was seated ultimately returned a verdict for the defendant. On appeal, the plaintiff argued she was denied her right to a jury trial. Specifically, she said that had the judge granted her motion to strike Juror 5 for cause, she would not have been forced to use a peremptory challenge that could have then been used to strike Juror 15. The Third District held the trial judge’s actions were improper and ordered a new trial. The appellate court agreed with the plaintiff that Juror 5 had “specifically stated that his previous experience made it difficult to remain impartial in his evaluation of the facts and evidence in this case.” That was sufficient to strike the juror for cause.

Again, it is important to note that jury trials are rare in personal injury cases. But if your own accident does require such a trial, you need to know that the courts will respect your constitutional rights. An experienced Boca Raton car accident attorney can help. Contact Leifer & Ramirez today to schedule a free case evaluation.

By Leifer & Ramirez | Posted on July 6, 2021
« What Happens When You Are Forced Into Arbitration–But Cannot Agree On Who Should Be The Arbitrator?
When Is The Rear Driver Not Legally Responsible For A Rear-End Accident? »