Can You be Negligent in a Car Accident and Still Sue? 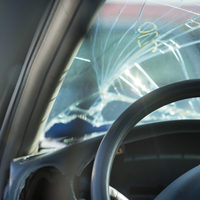 In a negligent car accident lawsuit, the person who is being sued is not always the at-fault party. If you were injured in part due to your own negligence, referred to as contributory negligence, you may still be able to sue the other party.

It does not matter if you were only one percent negligible or 50 percent. If you had any role in your injury, contributory negligence applies.

Comparative negligence has been broken down into the following three parts:

Situations Where This Applies

Even though you may not have caused the accident, but you were partially responsible for your injuries, you can qualify for comparative negligence. Some examples of situations where a plaintiff and defendant are both negligent include:

Speak to an Attorney

While you may be able to recover some damages for your injuries, only an attorney can help you determine if your claim is worth pursuing. Contributory and comparative negligence cases are highly complex and difficult to prove; therefore, it is best to consult an attorney first.