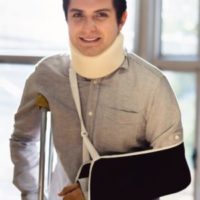 In Florida, like most other states, texting while driving is against the law. Not only is it poor road etiquette (as people sending texts at red lights could clog traffic), it is very dangerous because of the possibility of an accident occurring. Unfortunately, a number of drivers (particularly adults) still tend to text while behind the wheel, sometimes with disastrous results.

An example of this happened recently on the Pacific Coast Highway in California. Bruce Jenner, the former Olympic gold medalist and star on the reality show Keeping Up With the Kardashians recently rear-ended a Lexus sedan that had hit another stopped car. The impact of the crash sent the Lexus into oncoming traffic, where it was promptly hit by a Humvee that was travelling in the opposite direction.

The woman driving the Lexus was killed.

While no one else was seriously injured, the fatality prompted questions about whether distracted driving played a part in the accident. As such, authorities investigating the crash are likely to seek waivers from all drivers to determine if any driver involved was texting before the crash. This could be telling not only in bringing criminal charges against an offending driver, it could also result in him or her being held liable for the crash. This would mean that a person injured in the crash could seek monetary for his or her injuries, including pain and suffering, lost wages, medical expenses and rehabilitation costs.

For now, it remains to be seen whether either driver involved was texting while driving.

By Leifer & Ramirez | Posted on February 9, 2015 Tags: Car Accidents
« Can You be Negligent in a Car Accident and Still Sue?
Do You Know the Common Motorcycle Accident Facts? »