Can I File A First-Party Insurance Claim Even If I’m Not Listed On The Vehicle’s Title? 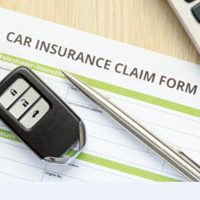 At the same time, you do not necessarily need to have legal title to property in order to establish an insurable interest. Florida law defines an insurable interest more broadly to include “any actual, lawful, and substantial economic interest in the safety or preservation of the subject of the insurance free from loss, destruction, or pecuniary damage or impairment.”

Take this recent decision from the Florida Fourth District Court of Appeals, Covington v. State Farm Fire & Casualty Co.. The issue in this case was whether a person could assert an insurable interest in a vehicle when they were not listed as the owner on the title. The plaintiff was a named insured on the relevant policy, but her husband was the sole owner on the vehicle’s title.

The plaintiff then sued State Farm for breach of contract. State Farm moved to dismiss the case, arguing the plaintiff had no insurable interest in a vehicle legally owned by her husband. The trial court agreed with State Farm and granted its motion for summary judgment.

The Fourth District reversed that decision, however, holding there was evidence that would allow a jury to find the plaintiff had an insurable interest in the vehicle. The appellate court noted, “Florida does not require legal title for an insured to have an insurable interest.” Although the mere fact the plaintiff was listed as an insured on the policy was not, in and of itself, sufficient to create an insurable interest, the Fourth District said there was other evidence to suggest she nevertheless had “an actual, lawful, and substantial economic interest,” as the primary user of the vehicle.

Insurance companies are happy to collect your premiums every month. But when it comes time to actually cover damages from an auto accident, they suddenly start looking for every legal loophole to avoid responsibility. That is why it is crucial to work with an experienced Delray Beach car accident lawyer who will fight for your rights. Contact Leifer & Ramirez today to schedule a free consultation with a member of our personal injury team.

By Leifer & Ramirez | Posted on December 8, 2021
« How Does A Judge Sort Out A “He Said/She Said” Accident Dispute?
Can Nonbinding Arbitration Resolve My Personal Injury Case Quicker? »