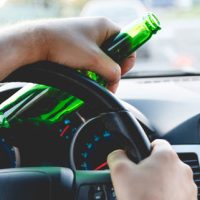 Alcohol has a way of making you feel lost and confused. You may experience reduced judgment, mobility issues, and memory loss. That’s why it’s illegal for people to drink and drive. Alcohol and vehicles are not a good combination.

The woman was detained by Mizner Park security after the crash. Security called Boca Raton Police and an officer arrived to interrogate the woman. The officer asked the woman about the incident, but she seemed confused. She could not tell what happened or how she got there. The officer also noticed the odor of alcohol emanating from her from the woman’s breath as well as her bloodshot and watery eyes. The woman spoke slowly and slurred her words.

The woman was asked to perform a field sobriety test. When she performed the walk and turn test, she lost balance several times and could not stay in the starting position. She also walked an improper number of steps and made an improper turn. She could not follow instructions and she was extremely unsteady.

When asked to do the one leg stand, the woman raised her right leg and swayed a lot. She could only hold up her leg for two seconds. At one point, she was so unsteady that she almost fell over. The police officer had to terminate the test at that point.

The woman refused to provide a breath sample, which caused her driver’s license to get suspended. She was arrested and charged with DUI.

Under Florida law, a person can be charged with DUI if their blood alcohol content (BAC) is at or above 0.08. A DUI conviction can come with various penalties. These penalties can be especially harsh if the person has prior convictions.

For a first offense, a person can face a fine of up to $1,000 and up to six months in jail. In addition, the vehicle may be impounded for up to 10 days and the driver’s license will be revoked for at least six months.

Most DUI offenses are misdemeanors. However, if the DUI crash leads to fatality, then the crime becomes manslaughter or vehicular homicide and is elevated to a felony. This comes with harsher penalties, including decades in prison and thousands of dollars in fines.

DUI crashes can be serious situations. They can cause significant damage to vehicles and injuries to those involved. Fortunately, nobody was injured in this case.

If you were injured by a drunk driver, seek legal help from a Boca Raton drunk driving accident lawyer from Leifer & Ramirez. We can assist you in getting compensation and justice. To schedule a free consultation, fill out the online form or call 561-660-9421.

By Leifer & Ramirez | Posted on December 9, 2022
« Parents Of Florida Teen Awarded $15 Million In Wrongful Death Lawsuit
What To Know About Solo-Vehicle Crashes »