When Is A Settlement Agreement With An Insurance Company Final? 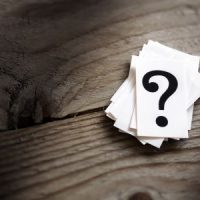 Personal injury claims arising from motor vehicle accidents are usually resolved by a negotiated settlement with the negligent driver’s insurance company. A settlement is a binding legal contract between the parties. As with any contract, there must be an offer, acceptance, and consideration. Basically, if you offer to settle a personal injury claim for a certain amount of money, and the insurance company accepts that offer without reservation and cuts you a check, there is now a binding settlement agreement.

Florida law strongly favors the settlement of personal injury claims. This means that judges are not inclined to throw out an apparent settlement based on a perceived technicality. A recent decision from the Florida First District Court of Appeal, Koung v. Giordano, provides a case on point.

This personal injury case involved a collision between a motor scooter and a car. The driver of the scooter (the plaintiff) was injured and sought compensation from the car driver’s insurance company. As part of this process, the plaintiff requested certain disclosures from the insurer regarding the scope of coverage. The insurer must make such disclosures under Florida law, and it did.

The plaintiff then sent the insurer a demand letter, seeking the full amount of bodily injury coverage available under the policy, which was $25,000, as well as an additional $3,564.63 for property damage to the scooter. The insurer sent a reply indicating its acceptance and enclosed two checks for the amounts previously specified.

On appeal, the First District said this was not a valid basis for invalidating an otherwise binding settlement agreement. Indeed, the trial court interpreted the law incorrectly, the First District said. The claims manager who provided the disclosures did so “under penalty of perjury.” It was not necessary to also do so under oath before a Notary Public.

With that issue out of the way, the First District said that once the insurer sent its letter accepting the plaintiff’s offer and providing the two requested checks, there was at that point a binding settlement agreement. The plaintiff could not turn around and fail to perform their end of the bargain, which was granting a limited release for their personal injury and property damage claims arising from the accident.

Just because accident claims are usually resolved through settlement, that does not mean you should not work with a qualified Boca Raton auto accident lawyer to obtain the best resolution possible. Contact Leifer & Ramirez today to schedule a free consultation with a member of our personal injury team.

By Leifer & Ramirez | Posted on August 26, 2022
« What You Need To Know About Florida Personal Injury Settlements Involving Minors
Whiplash Lawsuits »