What Is the “Open and Obvious” Defense to a Personal Injury Lawsuit? 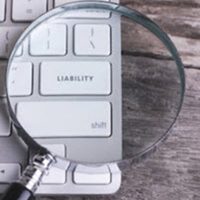 In accidents involving a property owner’s potential liability, you will often hear about the “open and obvious” defense. Basically, a property owner is legally required to keep their premises reasonably safe for invited guests. If there is a hazard that injures a guest, the premises owner can be sued for damages in a personal injury lawsuit. But the owner can escape liability if they can show the hazard in question was so “open and obvious” the victim should have been aware of its existence and taken steps to avoid it.

Whether the open-and-obvious defense applies will heavily depend on the specific facts of a case. Indeed, a hazard that may be open and obvious in some contexts may not be in others. This is typically why judges should avoid resolving such disputes without first conducting a full trial on the merits.

A recent decision from the Florida First District Court of Appeals, Collias v. Gateway Academy of Walton County, Inc., provides a case in point. Here, a trial judge awarded summary judgment to the defendant in a personal injury lawsuit. The appellate court, however, said that action was premature, particularly given the nature of the hazard involved, as well as the age and experience of the victim.

The victim is a seven-year-old girl. One day in her gym class, the teacher instructed the students to run around what the Second District described as a “makeshift running course in [the] private school’s indoor auditorium.” The course included a number of obstacles for the students to navigate, including a “pedestal table with a glass edge at mouth level.” While running the course, the victim ran directly into the table, permanently damaging some of her teeth and causing other “long-term injuries.”

The girl and her parents subsequently sued the school for negligence. The school raise the open-and-obvious defense. Essentially, the defense argued the seven-year-old was aware of the risk of running into the table, thereby absolving the school of any potential legal liability. The trial court agreed with this reasoning and granted the school summary judgment.

The appellate court disagreed. First, the Second District noted that even if the defense could successfully invoke the open-and-obvious defense, that only addressed the school’s “failure to warn” the student of the hazard. The lawsuit alleged other theories of negligence that were not dependent on this issue. So for that reason alone, it was improper for the trial court to dismiss the entire lawsuit at this time.

More to the point, the Second District said judges should always “hesitate to absolve a property owner of liability” on open-and-obvious grounds “unless the crystalized and undisputed facts establish, as a matter of law, that a plaintiff knowingly undertook an open and obvious risk for which no warning is necessary.” That was not necessarily the case here. Noting that the teacher required students to run the course, it was far from clear that a seven-year-old could have properly appreciated the risks of engaging in physical activity near a physical hazard.

In personal injury cases, defendants will often go to great lengths to try and shift blame to the victim, even when it is a seven-year-old child. That is why it is critical to work with an experienced Boca Raton personal injury attorney who will fight for the interests of you and your family. Contact Leifer & Ramirez today to schedule a consultation.

By Leifer & Ramirez | Posted on February 12, 2021
« What Happens if the Defendant in My Personal Injury Lawsuit Is Dead?
How Do You Collect a Personal Injury Judgment in Florida? »